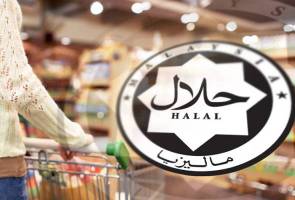 TODAY, Malaysia sets to be one of the leading global halal hub with an export outlook value close to RM50bil, which were initially set to be achieved by 2020 according to Halal Industry Development Corporation (HDC).

Multinational companies (MNCs) have long realized the huge potential of Halal sector and the entire parallel economy that can be built through Halal businesses. Brands like Unilever and L’Oreal are converting their supply chains to cater world’s biggest Muslim-majority Nations, like Malaysia and Indonesia.

Halal industry, would not have been sustainable without the right ecosystem. This ecosystem comprises a robust Islamic Finance and a sound chain of values governed by Islamic governance, like Department of Islamic Development (JAKIM) and HDC.

Nurturing such ecosystem requires a strategic commitment to predict market trends. These strategies includes furnishing our prospect professionals and entrepreneurs with the experiential learning and tools they need even before they enter the job market and make a living for themselves.

Presented a theme of “Fostering Islamic Economics Within Digitalization to Increase Nation’s Welfare”, this international conference aims to converse topics like Islamic Commercial Finance, Islamic FinTech and Social Finance. Debates and Academic Research Paper competitions were amongst many impactful agendas, to allow students coin in their perspective of the economy.

Her paper entitled “Establishment of Halal Frameworks and Governing Authorities: A Catalyst to Malaysia’s Welfare” deliberated on the development of Halal value chain or value creation, and how it can be seen as a stimuli influencing Malaysia’s welfare growth.

Nadhirah asserted in her paper, that “The idea of investing in an emerging market is that they go through a rapid growth through industrialization by adopting the classical economics theory of diminishing rate of marginal returns”.

She coined in the idea of at an early stage of market development, the rate of expansion is significantly higher. Thus asserting that Malaysia had surfed the wave well by investing in this sector of the industry in its pre-booming stage.

Halal industry in Malaysia- which is non-existential prior to 1974, other than religious beliefs, have transformed into an industry of itself. The 1997 currency crisis forced the Malaysian government to make their financial system more sophisticated through various diversification of income.

According to Statistica, global halal market is projected to be worth $58.3 bil by 2022. The right investment and development strategy being made by Malaysia shall propel itself towards a prosperity, be it in Halal industry, or any given emerging markets. Provided, being strategic and critical in observing market trends.