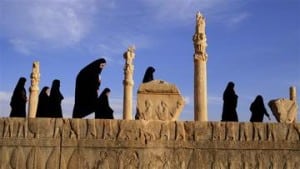 Iran plans to turn to the world’s hub for Halal tourism which could draw as many as 15 million Muslims a year from around the world, a top official says, according to Press TV.

Five million tourists visited Iran last year, half of them travelling to Mashhad and Qom to visit Shia shrines, he said.

Soltanifar says the government has a special plan to expand Halal tourism. “With this measure, Iran will attract 10-15 million foreign tourists every year.”

Halal tourism is geared at Muslim families, with non-alcoholic policies and separate facilities for women and men being on the itinerary.

According to international tourism reviews, there is a high potential for Halal tourism boom in the Middle East.

Soltanifar says Iran is also working to absorb 20 million foreign tourists annually in the next 11 years.

“Thanks to the new government’s approach and interaction with the world, we are seeing a rise in foreign tourists from European and Islamic countries.”

The official says some destinations are among the government’s priorities for development, including Qom where there is insufficient tourism infrastructure.

Qom in central Iran is one of the main centers of teaching in Shia Islam. Many pilgrims from neighboring countries and around the world also travel to the city to visit a holy shrine.

Mashhad in northeast Iran is home to the shrine of Imam Reza, a grandson of Prophet Mohammad. The city attracts pilgrims from Iraq, Lebanon, Azerbaijan, Bahrain, Pakistan, India and elsewhere.

Iran has a diverse landscape and its tourism industry offers a myriad of recreational opportunities.

They range from hot mineral water showers in the northwest to hiking and skiing in the Alborz mountains to magnificent architectural sight-seeing in the center and beach holidays in the Persian Gulf and the Caspian Sea.