They battle with high rents and carrying excess inventory 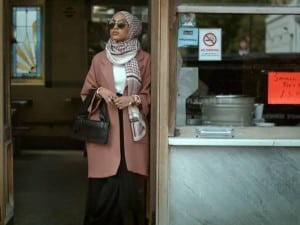 challenges when expanding internationally, according to industry experts at the Global Islamic Economy Summit in Dubai on Tuesday.

The majority of halal fashion retailers are small, and they face challenges like high rents and excess inventory, according to Rami El Malak, founder of online fashion retailer Miella and managing partner at Five Pillars.

“Retail infrastructure is expensive … so you end up going with an eCommerce approach, which is growing but not as mature as in other markets … another challenge is the manufacturing. If you’re doing mass manufacturing, that means lower costs and price points, but it also means inventory risk — you have to carry more inventory to produce more,” he said. Businesses are likely to be burdened with the costs related to carrying extra inventory.

“Getting into a new market logistics-wise is a nightmare. It helps to work with local investors or organisations — it just makes the whole transition easier. We have a franchise partner here in the UAE and he takes care of the managing,” he said.

The Islamic fashion industry is estimated to grow by 6 per cent annually to reach $327 billion by 2020. The UAE is currently comes in second after Turkey in terms of spending on Islamic fashion, at $22.5 billion. In Turkey, the figure is $39.3 billion. Indonesia is ranked third with $18.8 billion, followed by Iran with $17.1 billion.

It’s not just Muslims that look for Islamic fashion items. Some non-Muslims are also interested in halal or modest fashion, experts said during the summit.

Rashid said that the larger retail companies could be a threat for smaller Islamic fashion brands “in the next 5-7 years”.