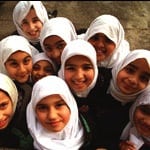 This issue has been the subject of various articles, such as this one at meatinfo.co.uk

This drama graphically illustrates the inherent problems that occur when the Halal sector is left as an unregulated sub-sector of the UK food industry.

Among the 1.7 billion Muslims around the world there are many interpretations of what is considered to be Halal. Different Halal certification agencies have a tendency to claim that their interpretation is correct, and others are not. It is often used a a ‘USP’ or unique selling point when promoting their own certification services.

As we have noted over the past decade in many parts of the world, if this process is not regulated by any higher authority, the resulting ‘certifier wars’ lead to an unending string of problems, such as those now encountered now by Lancashire County Council.

Not a Shariah Issue

These issues are not, properly speaking, matters of the correct or incorrect application of Islamic Shariah law. The religious scholars and authorities throughout the Muslim world have, for the past 1,400 years, allowed and accepted differences of opinion as long as they can broadly demonstrate that they follow the normative guidelines of legal interpretation.

The respected scholars of Islam shy away from declaring that they are right and everyone else is wrong. To do so is generally regarded, among scholars, as an indication of ignorance, lack of education or at the very least a lack of courtesy.

It is worth noting that in this case, the insistence on HMC approval probably boils down to a position that regards unstunned slaughter as the only correct method of Halal slaughter. While it is evident that stunning was not used in animal slaughter at the time of the Prophet, may God bless him and grant him peace, there is a broad consensus among the leading Muslim scholars around the world that while stunning is disapproved of, if the animal is alive at the time of slaughter and was hand slaughtered by a sane Muslim adult, then the meat is acceptable for Muslims to consume.

It is also worth noting that in countries where there are officially legislated Halal Standards for commercial animal slaughter, NONE of them state that meat from stunned slaughter is forbidden. This includes the Standards of Malaysia, Brunei Darussalam, Thailand, Singapore, Indonesia and the countries in the GCC region, as well as major meat exporting countries such as Australia and New Zealand. It also applies to Standards drawn up and used by other groups such as the Halal Advocates or IFANCA in the USA and the certifying collective known as the World Halal Council with around 50 member organisations.

This acceptance (with disapproval) also applies to the Halal Standards that have been developed under the supervision of the Organisation of Islamic Conference (OIC) representing 57 member states of the Muslim world, such as the comprehensive Halal Slaughter Standard developed by the International Halal Integrity Alliance (IHI), as well as the Halal Standard developed by ICRIC/COMSEC, similarly in collaboration with the ICCI and OIC bodies.

One may argue, correctly, that the unstunned slaughter process is in accordance with the Qur’an and Sunnah, and is the authentic Prophetic method. However, to extrapolate this view to the position that if this particular method is not followed the meat is therefore Haram, has no legal foundation according to the consensus views of the majority of the scholars and jurists across the Muslim world.

The religion of Islam is to bring ease not difficulty. It is a middle way, not an extreme position. The Qur’an warns us “Do not make unlawful what God has made lawful”.

We must not lose sight of the reality that ‘Halal’ means ‘permissible’. It does not mean the best and only way.

Without an effective Accreditation structure in place, such as has been successfully adopted in countries such as Australia and New Zealand, and is now being proposed in the USA, Halal certification will remain an unregulated grey area, full of conflicts of interest that causes confusion, and encourages unscrupulous business behaviour in the guise of religious correctness.