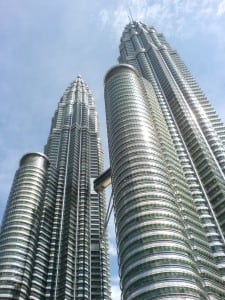 PORT DICKSON: Nearly 90 per cent of the country’s Small and Medium Enterprises (SMEs) do not possess halal certificates.

He said one of the reasons was the fact that most entrepreneurs were running their businesses in a traditional manner, and had the perception that they did not need to obtain halal certification.

“SME entrepreneurs need to look beyond the local market.

“Halal certification serves as a boost for local entrepreneurs’ products to compete in the global market.

“In line with the government’s goal of achieving RM55 billion in cooperative revenue by 2020, the halal market should be explored by cooperatives and entrepreneurs to increase their incomes,” he said after closing the Increasing Business Income With Halal Certification seminar, here, today.

He said the global market was now focused on the halal industry and local entrepreneurs should use the opportunity to introduce their products internationally to generate higher revenue.

He said Malaysia had become a reference to other countries in terms of halal standards and certification as the system used in the country complied with international guidelines in the context of shariah policy, purity and security.

“Halal certification is among the catalysts for success in the nutrition, pharmaceutical, beauty and other service industries.

“The local halal market has grown by 20 per cent annually and if it is fully utilised by local cooperatives or entrepreneurs, it can make a significant contribution to the country’s economy.