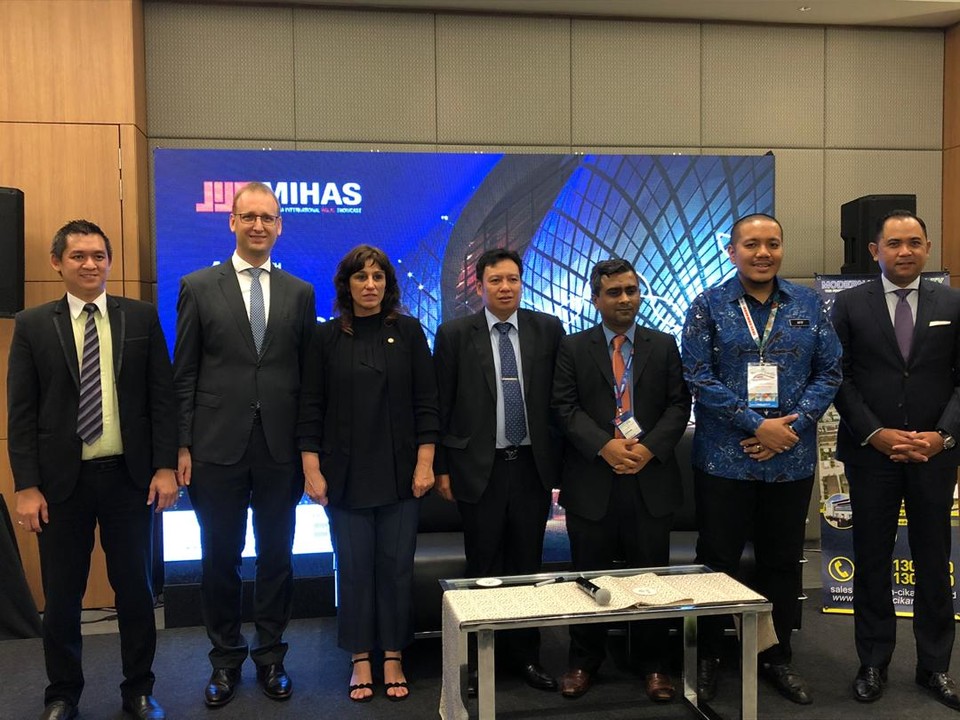 The Halal Cluster Network links local, regional and international halal clusters together, as the full potential of halal parks can only be achieved when working together. The goal of this global initiative is to achieve synergy advantages for halal clusters and its industries based in a halal cluster. Amongst others areas of collaboration are on halal assurance, sourcing, market access, joint promotion, and research & development.

‘The only way to meet the increasing demand for halal ingredients effectively, create new OIC halal brands, and bring halal mainstream is by collaborating among halal clusters instead of operating in isolation.  The Halal Cluster Network is a true game changer for the global halal industry.’ Mr. Pascall Wilson, President Director of PT. Modern Industrial Estate (Indonesia), the developer of Modern Halal Valley

As Indonesia is hosting the largest Muslim population in the world, the country is also the largest halal food market in the world, second largest halal cosmetics and fourth largest halal pharmaceutical market. It has a fast growing middle class, driving domestic demand for high quality halal products. Halal Indonesia is recognised internationally as a preferred halal brand to have for halal industries, due to its transparent halal standard, efficient halal certification process and global market access.

Indonesia possesses an abundance of fertile soil thanks to its volcanoes and the tropical climate. This spurs the biodiversity and enabled the country to become the largest producer of a variety of important agricultural commodities such as palm oil, cloves, cinnamon and coconuts. Indonesia ranks second in the production of green beans, vanilla, natural rubber; third in rice, cocoa as well as nutmeg, mace and cardamoms; and is a leading producer of abaca, coffee and sugar cane.

Leveraging on its strong natural resources, labour force, and halal brand, Indonesia is in an excellent position to develop a global halal production base to produce halal food for the world. In line with the vision of the Indonesian Government to make Indonesia a large halal production base for the world, Moderncikande Industrial Estate is realizing Indonesia’s vision in establishing a complete halal ecosystem for halal food and related industries.