PUTRAJAYA, Feb 11 (Bernama) — The Special Cabinet Committee on Halal Industry Management and Development was dissolved today and replaced with the Malaysia Halal Council (MHM).Announcing this today, Deputy Prime Minister Seri Dr Ahmad Zahid Hamidi said the committee’s functions would be divided between the Malaysian Islamic Development Department (Jakim) and the Halal Industry Development Corp (HDC).”Jakim will concentrate on the certification process, governance and matters related to Syariah, while HDC will focus on expanding and internationalising the halal industry,” he told a press conference after chairing the last meeting of the cabinet committee here today.

Ahmad Zahid said other bodies and agencies from various ministries would be consolidated under the MHM to assail the industry to greater heights.

“Our country has embarked on halal certification for a long time and we should take proactive measures to bring Malaysia to the frontline of halal product production,” he said.

He said halal products should not be confined only to foods but also other fields such as pharmaceuticals, tourism, services, and banking and insurance.

Hence, a special Act on the MHM would be formulated by the Ministry of International Trade and Industry and Jakim, he said, adding that the bill would be fined tune by the Attorney-General Chambers upon Cabinet’s approval for tabling in the Dewan Rakyat.

On the meeting of the main committee of the Islamic Consultative Council (MPI) today, Ahmad Zahid said it agreed to set up seven clusters chaired by imminent figures in the quest for consensus on issues, especially those related to Islam.

“The seven clusters will brainstorm and discuss their differences and will meet again in six months’ time to find common ground and understanding among them,” he said.

The MPI, which is made up of ulama, academics, corporate leaders and non-governmental organisation leaders, acts as thinkers in assisting the government by providing ideas and proposals on national development agenda according to Islamic tenets.

Bumiputera Involvement In Halal Industry To Be Enhanced: Ahmad Maslan 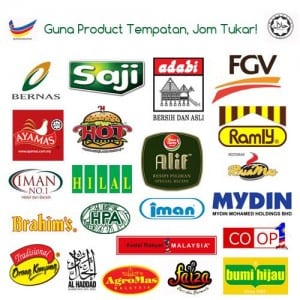 Malaysia Halal Council, says Deputy International Trade and Industry Minister Datuk Ahmad Maslan.
Of the 800 companies with halal certificates, only 39 per cent are Bumiputera firms, only 11 per cent of which export their products, he told Bernama when met at a forum at the Kampung Parit Arif mosque in Benut near here today.
Besides the establishment of the council, announced two days ago, his ministry is also entrusted with promoting greater Bumiputera involvement in the halal industry, he said.
“We will hold more awareness campaigns in the mass media, in line with the government’s aim to make Malaysia an entrepreneurial nation and achieve developed nation status by 2020,” he said.
The council, which will be a special entity coordinating all agencies entrusted with making Malaysia a global halal industry leader, will be established by a special Act to be formulated by the ministry and the Department of Islamic Development Malaysia (Jakim).
-BERNAMA
ARTICLE THREE
Malaysia Halal Council set up to address national halal industry issues
By HASHINI KAVISHTRI KANNAN and FAIRUZ MOHD SHAHAR – New Straits Times – 11 February 2016
PUTRAJAYA: The Malaysia Halal Council will replace the Halal Industry Management and Development Special Cabinet Committee to address wider issues pertaining the halal industry.
Deputy Prime Minister Datuk Seri Dr Ahmad Zahid Hamidi said issues regarding certification, administration and syariah will come under the Malaysian Islamic Development Department (Jakim).
“The Halal Industry Development Corporation or HDC will only focus on developing and globalising the halal industry.
“Halal bodies under various industries will be incorporated under this council to ensure maximum effectiveness in the production of halal items by the country, thus putting Malaysia on the frontline of halal goods production,” he told reporters today.
Zahid, who is also Home Minister, said the Halal Council will come under the purview of the Prime Minister’s Department to ensure that decisions made are in line with the goal of making Malaysia a halal hub.
He was speaking to reporters after chairing a two-hour Halal Industry Development and Management Malaysia special cabinet committee meeting here.
On a separate matter, Zahid said Malaysia and Bangladesh will soon sign a government-to-government memorandum of understanding on the employment of Bangladeshi workers in the country.
Zahid said the date for the agreement would be decided after the cabinet approval. “It is not the government’s decision to employ 1.5 million Bangladeshi workers in Malaysia, but this is to meet the demands of the industry and business chambers.
“These foreign workers are subject to the demands of the industry of various sectors, where they will have to go through strict screening,” he said.
Zahid added that the new foreign worker levy has been put on hold until the Home Ministry’s secretary-general meets with industry players, business chambers and associations.
He said the meeting is expected to be held before Feb 20.