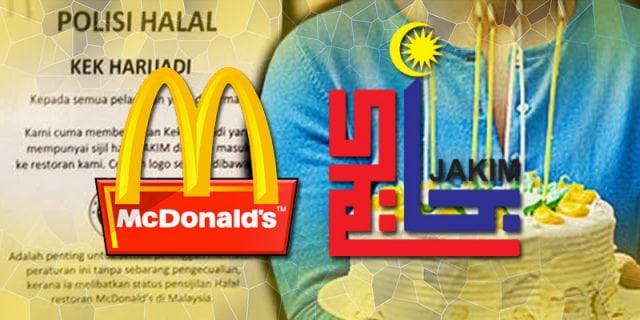 Jakim should not penalise halal-certified eateries that allow diners who bring in non-halal certified food into their premises, says Cenbet

KUALA LUMPUR: A civil society movement today expressed its fears that the principles of halal was fast becoming a divisive national discourse.

The Centre for A Better Tomorrow (Cenbet) was particularly concerned with the actions of the Malaysia Islamic Development Department (Jakim).

Cenbet co-president Gan Ping Sieu pointed out today that Jakim should not penalise halal-certified eateries that allow diners who bring in non-halal certified food into their premises.

He added that Jakim’s halal certification applies only to food served in F&B outlets.

“There is no such thing as halal or non-halal premises.

“While eateries have the right to ban patrons from bringing in outside food, the decision should be based on commercial considerations and not whether the food is halal-certified or not.

“In this respect, Jakim should not overstep its boundary by accrediting “premises” instead of “food”,” he said in a statement.

Gan added that Jakim should not subject food operators to white terror as doing so would be an abuse of power.

He also warned that such acts by Jakim would only open the floodgates for more areas to be classified along halal-non halal lines such as public transportation, schools, housing areas and healthcare.

“This will only segregate the people along religious lines, especially at a time when there is a need to enhance unity in the face of rising extremism,” he added.

He also said that Cenbet held dear to the principle of respecting each other’s religious beliefs as a way to stem the tide of bigotry and religious fundamentalism.

“There is no question about respecting Muslim’s dietary requirements. But we should not allow radical elements to hijack any religions for political ends.

“We are especially troubled that a fundamental tenet of Islam – the principle of halal – has become a divisive national discourse over the past few months.”

It was reported earlier this week that popular fast food outlet McDonald’s would only allow certified halal cakes inside its chain of restaurants to comply with guidelines issued by Jakim for halal certification.

“As a company that offers only halal-certified products, we implement a ‘no outside food policy’ to ensure that all products served and consumed at our restaurants are halal.

“In the case of ‘birthday parties’ at McDonald’s, we have made an exception to allow customers to bring in their own birthday cakes as part of their celebration, provided that the cakes are certified halal,” McDonald’s Malaysia had said in a statement, adding that the policy was important to the integrity of its halal certification and it would continue to comply with Jakim’s standards.

An image of a notice stating only halal cakes would be allowed into the popular fast food restaurants had surfaced on the social media.

Jakim’s halal hub division director Dr Sirajuddin Suhaimee meanwhile has been reported as saying that its halal guidelines were aimed at preventing food from getting mixed up and to stave off any doubts about the halal standard of the restaurants.

“The food that enters halal-certified premises must also be halal,” he had said.

Cenbet’s Gan meanwhile pointed out that the McDonald’s incident was not an isolated case.

He said previously another fast food outlet had to replace the word “hotdog” from its menu to qualify for Jakim’s halal certification.

There was also controversy over Risda’s (Rubber Industry Smallholders Development Authority) plan to have its own halal logo for Muslim products.

“It is time those in power to step up to the plate and display political will and not fall into the temptation of political pandering at the expense of dividing the people further,” he warned.

PETALING JAYA: McDonald’s Malaysia clarified that only halal-certified birthday cakes will be allowed at its restaurants in Malaysia.

In a statement, it said the move “is in line with fulfilling the requirements of the halal certification.”

“At McDonald’s, the quality, safety and halal aspects of our products are our utmost priority.

“As a company that offers only halal certified products, we implement a ‘no outside food policy’ to ensure that all products served and consumed at our restaurants are halal,” said McDonald’s on Thursday.

The company was responding to queries about a notice it put up at outlets regarding its policy on halal birthday cakes brought into the premises.

McDonald’s said they have made an exception to the ‘no outside food policy’ in the case of birthday parties at McDonald’s.

However, customers who wish to bring their own birthday cakes must ensure that the cake is certified halal.

“This condition is critical to preserve the integrity of our halal certification,” said McDonald’s.

“Moving forward, we will continue to strictly uphold all standards and requirements related to food quality, safety and halal so that all our customers may enjoy our products with peace of mind,” it said.