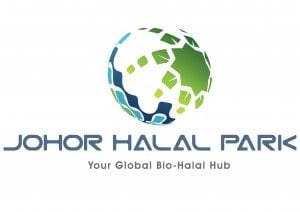 of understanding (MoUs) signed recently that are expected to propel its growth towards becoming one of the best halal industrial parks in the world.

UJP was set up to spearhead the development of JHP, which is envisioned to become the first premium bio-halal industrial park in Malaysia that has world class facilities and halal eco-system.

Under the MoU, JTLab will formalise the establishment of an international scientific and halal laboratory in two stages by 2017 and 2018 with international standards of incubator facilities within JHP.

“The agreement is a commitment by JTLab to provide comprehensive scientific services for regional and international markets in Johor valued at about RM20 million,” said UMLand.

MAIJ, meanwhile, signed an MoU to purchase freehold properties comprising six units of link-detached and cluster factories worth some RM16.5 million and five units of shop offices worth about RM4 million in the park.

As for SME Corp, it will establish a platform that is conducive to the growth of small and medium enterprises (SMEs) in JHP, as well as to help the SMEs lease premises in the industrial park with an option to purchase at a later date.

Elaborating on the significant development, UMLand Group Managing Director Dennis Ng said it was another step in turning JHP into a globally-recognised premium bio-halal industrial park.

JHP, which is situated about 15 minutes from Pasir Gudang Port and within close proximity of Iskandar Malaysia’s Eastern Gate, has a gross development value of about RM1.5 billion and will be developed in phases over five to seven years.

Components in JHP will include a regional marketing and clearing house, an integrated packaging, warehousing and logistic one-stop centre, as well as a scientific and halal laboratory.