Malaysia is putting high hopes on the planned unified halal certification with Indonesia, the country with the world’s largest Muslim population, in a bid to strengthen halal trade relations between the two countries.

At present, Indonesia only directly accepts Malaysian halal certificates for industrial goods, such as palm oil.

However, Malaysian end-user products must undergo various tests to obtain another halal certificate from the Indonesian Ulema Council (MUI) and halal logo from the Food and Drug Monitoring Agency (BPOM) before being marketed in Indonesia.

To address the issue, Malaysian and Indonesian authorities are reviewing their halal certifications to avoid inefficient imports and exports in the long run. 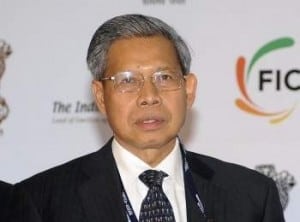 “We have been collaborating very closely because we want to sell more products to Indonesia and, of course, we also welcome Indonesian products in Malaysia,” Malaysian International Trade and Industry Minister Mustapa Mohamed told reporters on the sidelines of the 2017 Malaysia International Halal Showcase (Mihas) in Kuala Lumpur on Wednesday.

“Some challenges have not been resolved. Indonesian authorities recognize our halal certification, but there are some additional tests that our people have to go through.”

“We may not need to conduct an audit at the production location. Instead, we can just audit the documents of those products. Nonetheless, this plan has yet to be officially agreed to,” Muti told The Jakarta Post over the phone on Friday.

In August last year, Malaysian Prime Minister Najib Razak said he was committed to boosting trade between the two neighboring countries to US$30 billion in the near future.

Total trade between Malaysia and Indonesia has seen a declining trend to $14.31 billion in 2016 from $24 billion in 2013 amid the global economic crisis, as shown by data from Indonesia’s Trade Ministry.

“Indonesia is huge, of course. It’s a very big market. […] The issue here is that there are some technical issues in regard to the acceptance of halal,” Abu Bakar Koyakutty, senior director of the market access and international partnership division at the Malaysia External Trade Development Corporation (Matrade), told The Jakarta Post on Tuesday.

“There are different standards on halal. If we can resolve the issue, we see there’s a huge potential.”

According to a 2016 study published by Salaam Gateway, a business intelligence platform that is a joint effort between the Dubai Islamic Economy Development Center and intelligence and research agency Thomson Reuters, one of problems facing halal regulatory standards globally is that there is no unified standard.

“The cost of gaining multiple certifications to satisfy the needs of different markets adds complexity and could prohibit entry, resulting in unmet demand for halal food among Muslim consumers,” said the report.

The report also notes the slow and limited uptake of halal accreditation programs, the process in which a third neutral party validates the certification.

Compounding that problem, halal accreditation bodies have yet to sign specific mutual recognition agreements for halal certification and there is no forum or framework to ensure peer review.

Halal accreditors operate independently of each other at present and, often times, there is limited clarity on the jurisdiction of the accreditors.

Meanwhile, the State of Global Islamic Economy Report 2016/2017 — by Thomson Reuters and research and advisory firm DinarStandard puts the size of Islamic economy at an estimated $3 trillion by 2021, rising from $1.9 trillion in 2015.