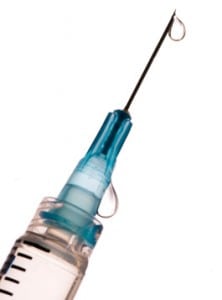 HONG KONG — For many Muslims, getting vaccinated can be a challenging task. There are virtually no vaccines that meet halal requirements. Many do without.

It is also difficult to access a range of medical devices and this is a problem that is often overlooked.

Surgical sutures, for example, have to be halal for Muslims to use them. Since there is no standard or law on halal that is specifically focused on devices and because medical device standards typically do not mention halal, it is difficult to say which devices are permitted and which are not.

Countries in Southeast Asia that are home to large Muslim populations are looking to fill this gap in the market.

Places like Indonesia (home to the largest Muslim population in the world) and Malaysia (where two thirds of the population is Muslim) are working to develop entire halal medical industries for both biotech and med-tech products.

Greater awareness is turning a market that was once thought of as a sideline into one that is growing rapidly.

The word halal, which means “lawful”, is more typically associated with food and drink but the concept can also apply to drugs and devices, since they, too, go into the human body.

“But for the time being, there isn’t a universally accepted definition for halal biological products, especially not for halal vaccines, that could be used to establish standard manufacturing processes,” Pierre Morgon, CEO of AJ Biologics, the flagship investment arm of Saudi Arabia-based AJ Pharma Holdings told Medical Device Daily.

A growing Muslim population is a primary driver for halal medical products.

There are around 1.8 billion Muslims around the world, which accounts for 25% of the global population and makes them the second largest religious group in the world. The global Muslim population is expected to reach 2.2 billion by 2030, up by 40%. The Pew Research Center in the U.S. estimates that about 26% out of people around the world will be Muslim by then.

With this in mind, governments, regulators and the healthcare community are increasingly taking the need for halal products into consideration.

More than 60% of Muslims reside in Asia. Many Asian countries are establishing or have already established halal medical companies, some focused on the biomedical arena.

Malaysia, where two thirds of the population is Muslim, has been a pioneer in upgrading the processing and quality of halal pharmaceuticals. The government has been working on this since 1975.

Halal industrial parks in Penang have attracted investors that set up halal manufacturing plants that can then use a halal port, also in Penang, that has warehousing and cold storage facilities.

Last year, the country’s Halal Industry Development Corporation (HDC) announced that it would set up a halal vaccine facility to produce meningitis vaccines through a $3.2 million joint- venture project with AJ Pharma Holdings.

“Malaysia wants to encourage and establish desirable conditions for an Islamic bio-economy cluster,” said HDC CEO Jamil Bidin when the project kicked off.

Other countries in the region are looking to catch up to Malaysia in this area.

Indonesia, for example, has been debating standards for halal vaccines since 2010. In early 2014, former president Susilo Bambang Yudhoyono signed the Halal Product Assurance Law, which makes it compulsory for all products to be labeled as halal or non-halal. The law is expected to come into force by 2019.

Currently, the biggest challenge is that no universal standard for Halal medical products is available to define the corresponding good manufacturing practices.

And there is the possibility that halal products will be more expensive as companies that produce them have to abide by both halal regulations and normal pharmaceutical regulations in terms of efficacy, safety and quality.

Still, the market for halal medical products is in its infancy and looking for concepts to become reality on the manufacturing floor and for a set of international quality standards to emerge.