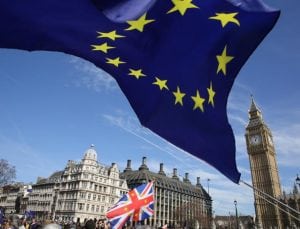 zones in the United Kingdom. With the UK leaving the European Union single market, there is an opportunity to establish free trade zones, which could be a boon for the burgeoning halal sector to import and export products.

There were some 4,300 free trade zones (FTZs), or special economic zones, in 130 countries in 2015, according to the World Bank. While FTZs continue to open around the world, especially in emerging markets, there are no FTZs in the United Kingdom. Following the ‘Brexit’ referendum in 2016, the UK is to leave the European Union (EU) single market. With trade and tax agreements to be renegotiated, there are opportunities for FTZs to be established.

“Because the UK is part of an EU customs union, trade agreements between members of the EU and the rest of the world are agreed by the union on our behalf,” said Robert Marchant, partner and head of Corporate Value Added Tax (VAT) at Crowe Clark Whitehill, an audit, tax and advisory firm in London, to Salaam Gateway.

“It is difficult to establish a FTZ in a particular EU member state, so by coming out of the customs union, the UK can not only agree to its own trade arrangements with individual countries, but it would also have the ability to establish FTZs in the UK,” he added.

Such a move would tap into the burgeoning trend for FTZs, especially with dedicated halal facilities.