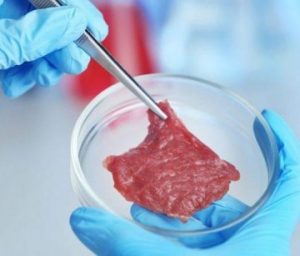 The rise of lab-grown meat is a dilemma for Islamic as well as Jewish dietary laws: could animal-free meat ever be considered halal or kosher? A kosher or halal certification might be another stamp of approval for lab-grown meat and its promise: products free from animal cruelty and the high greenhouse gas emissions associated with meat production.

It’s a question that both lab-grown companies and religious authorities are interested in tackling, as lab-grown meat inches closer to becoming a widely available product as shown in the video below. The global halal and kosher market is estimated to be at $1.3 trillion and growing, so may be one worth including – if possible.

The questions start with how meat would be certified as halal, if it didn’t come from an animal and which also did not undergo ritual slaughter, as well as the use of blood during the lab-grown meat production process.

So, can lab-grown meat ever be halal or kosher? See the comments from the Kosher and Halal perspective in the video below:

The video can be found on this link.

NB: some lab-grown meat is made using fetal bovine serum (FBS), which is essential blood, and obviously this also poses a problem for halal. Lab-grown companies are in the process of searching for substitutes of FBS that is blood-free.

Albert Han is a Video Journalist at the Thomson Reuters Foundation