(Bloomberg) — In a visit this fall to BASF’s factory in Dusseldorf, Germany, Abdullah Hito inspected production 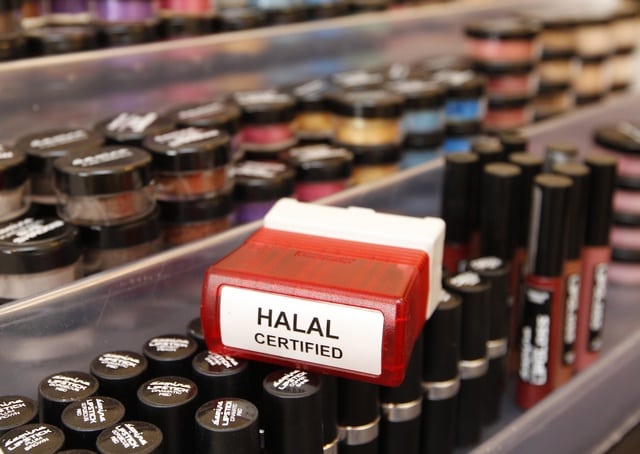 lines and met with managers to discuss ingredients for soaps, shampoos, and conditioners. Hito isn’t an engineer or a health department official; he’s an Islamic scholar who certifies the goods as halal—or fit for use by observant Muslims.

“We control everything from the first step, when they buy raw materials, to the end,” says Hito, who holds a Ph.D. in Islamic studies from Kuwait University. Manufacturers “are not allowed to change raw materials or suppliers without informing us.”

His company, Halal Quality Control, is one of dozens across Europe that certify products as halal. They can’t contain alcohol or additives of animal origin, and production must be isolated from substances considered impure under Islamic law, even cleaning products.

BASF, which four years ago got its first such certifications for cosmetics ingredients, today makes 145 chemicals deemed halal for products like facial cleansers, bubble bath, or household detergents. While BASF’s largest markets for the ingredients are Indonesia and other mostly Muslim countries, the company says demand is growing in the West.

Even as U.S. President-elect Donald Trump threatens to restrict Muslim immigration to the U.S., companies from BASF to sandwich maker Subway to fashion house DKNY are embracing the group’s growing buying power.

Muslims make up almost a quarter of the world’s population—1.6 billion people—and will outnumber Christians by the end of the century, according to the Pew Research Center in Washington.  Consumers will spend about $27 billion on halal cosmetics this year, and sales could jump to $39 billion by 2019, researcher Technavio estimates.

Halal products go far beyond traditionally butchered meat. There’s halal foie gras and halal wine (alcohol-free, of course, but also guaranteed to not have come into contact with any banned substances). U.K. retailer John Lewis offers a school uniform with a hijab, and clothing chain Uniqlo sold a line by designer Hana Tajima that includes printed and dyed hijabs.

When France’s Groupe Bertrand bought the Quick hamburger chain last year, it converted most of the 500 outlets to Burger Kings but left the Quick brand on about 50 of them in Muslim neighborhoods, serving Halal food.

Some companies don’t do much to trumpet their Halal cred for fear of a backlash among non-Muslims, says Shelina Janmohamed, a vice president of Islamic branding agency Ogilvy Noor and author of Generation?M, a book about millennial Muslims.

“The challenge is a social and political climate that makes it difficult for businesses” to broadcast that they’re catering to Muslims, Janmohamed says.

Animal welfare activists have called for a boycott of stores and restaurants serving halal meat because they say the halal method of slaughtering livestock is inhumane. And British retailer Marks & Spencer took some heat when it offered body-covering swimsuits called burkinis–the same suits that became a point of controversy in France last summer when the mayors of beach towns such as Cannes and Nice banned them. Although Pierre Bergé, co-founder of the Yves Saint Laurent fashion house, deemed the suits an “abominable thing used to hide women,” M&S says it sold out of them.An Illinois company called Maya Cosmetics makes nail polish that’s permeable—important to Muslims, who are barred from wearing anything that repels water while performing ablutions at prayer time. The website, though, trumpets the product’s health benefits as prominently as its halal certification.

While word-of-mouth on Muslim websites and Facebook has helped sales in Britain and the Middle East, “halal carries a certain stigma with the average American,” says co-founder Javed Younis.

Indonesia, the most populous Muslim country, with 256 million people, will require all foods, beverages, and other consumable products sold there to be halal by 2019. France’s L’Oréal says most products from its Garnier line made in Indonesia are already halal.

And in Britain, it’s including a Muslim in ads for a new line of makeup foundation, called True Match. Each of the 23 shades is represented by a model, with ­headscarf-wearing Amena the face for color 4.W Natural Gold.

“That was quite a breakthrough for Muslim women,” says U.K. makeup artist Zukreat Nazar, who has worked with celebrities such as Khloé Kardashian and has more than 250,000 followers on YouTube.

Nazar was mobbed by selfie seekers in October when she appeared on a panel about entrepreneurship at an event called Muslim Lifestyle Expo in Manchester, England. About a half-dozen cosmetics companies, including nail-polish maker Maya, were among the 120 or so exhibitors. Younis says he met representatives of Asda, Wal-Mart Stores Inc.’s U.K. unit, and the company plans to start selling his goods next summer—just in time for Ramadan.

To contact the reporter on this story: Laura Colby in New York at lcolby@bloomberg.net.

To contact the editors responsible for this story: Lisa Kassenaar at lkassenaar@bloomberg.net, David Rocks, Matthew Boyle