“I’d find myself praying in dressing rooms at H&M, in empty stairwells, or on the side of a highway,” Dar said.

These experiences led him to start Musallah, a mobile app launching later this year on iOS that crowdsources prayer locations across the globe. Dar’s app, which has the chance to be used by more than one billion Muslims worldwide, hasn’t been met with millions in venture cash. He turned to Kickstarter, where it drew more than $14,000 in backing.

Such is the disconnect that many startup founders described to Mashable. Venture capitalists, normally eager to back apps with the potential to reach a billion users, are more standoffish when it comes to startups with Muslim founders, or one that are targeted at a Muslim audience. That forces founders like Dar to resort to meager Kickstarter campaigns to see their ideas through.

These challenges are a unique strain of the broader diversity issues being faced by Silicon Valley and startup markets around the U.S. Data shows that the startup market is primarily white men funding other white men.

The external problems are numerous. For Muslims and Muslim-focused startups, venture capital can be hard to come by. And of course, many face discrimination, especially during an election cycle where presumptive Republican presidential candidate Donald Trump called for a total ban on Muslims entering the U.S.

There’s also internal challenges born out of attempts to serve a market as big and diverse as the Muslim population. Like any other global religion, the term “Muslim” applies to a large audience with varying levels of devotion and an array of cultural backgrounds. Reaching this audience through marketing and advertising proves challenging. Some question whether Muslim-focused startups are unduly self-limiting.

The challenges are numerous, but the founders also described a particular benefit of their faith.

“We’re all doing this, in Muslim parlance, for the sake of Allah,” Dar says. “This is what is really driving us.”

The U.S. startup scene has been marked in recent years by an influx of money from venture capitalists looking for the next big thing.

Despite the free-flowing cash, some Muslim entrepreneurs feel they have been excluded, particularly those whose startups focus on the Muslim market.

“In talking with investors and in the entrepreneurial landscape, it feels like there is a lot of heartburn associated with Islamic-related startups,” says Amin Aaser, the co-founded of Noor Kids, a line of children’s books designed to empower Muslim children.

It’s a two-fold problem. Traditional sources of venture capital might be hesitant to back Islamic-focused startups. Meanwhile, the Islamic private equity sectors are reluctant to shell out the kind of multimillion-dollar funding rounds that have become the norm. 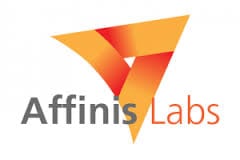 Shahed Amanullah, co-founder of Affinis Labs, an incubator for business with a positive impact on Muslim communities, has seen it first hand.

“These firms understand logically that this space is growing and that there are opportunities here,” Amanullah say. “But they aren’t good at talent acquisition, and they are uncomfortable at making million-dollar seed donations.”

As a result, many new Muslim startups have to go at it on their own.

“The best situation you want to be in is bootstrapping until you’re profitable,” Aaser says. “You want venture capital to chase you.”

But Dar says he’s not in it for the money, which might sound starkly different from the tune of startup founders in Silicon Valley.

“I’m first and foremost interested in the kind of spiritual reward and spiritual profit,” he says. “If profit comes, that’s from God. If it doesn’t come, then that’s God’s will.”

Among the first question an entrepreneur gets about their company is some form of: How big is the market?

For Muslim entrepreneurs, that can be a loaded question.

“When you say that you’re doing a product for Muslims, many people say it’s a niche product,” says Navid Akhtar, the CEO of Alchemiya, a Netflix-like video service with content focused on Muslim life. “But it’s not.”

In fact, Muslims are one of the biggest — and most diverse — consumer bases in the world.

Muslims numbered about 1.6 billion globally as of 2010, and that number is expected to grow rapidly to 2.8 billion by 2050, according to Pew. In the U.S., Muslims ranked as the second-most diverse religious group after Seventh-Day Adventists.

It’s a community that has a clear market value. Advertising firm Oglivy & Mather valued the Muslim-American market at $170 billion in 2010, with expectations that the market will only grow even more valuable in a few years.

“There’s an opening for companies to attract the Muslim consumer who’s not being catered to,” Akhtar says.

Taking up the task are a slew of Muslim-founded startups that have emerged in recent years. There are fashion startups, food startups, and finance startups. There’s a career website known as Executive Muslim in the works. There are more than a handful of Muslim dating apps.

It’s still a small community, and some Muslim entrepreneurs have forged close ties. There’s even a Slack thread where some entrepreneurs discuss faith, funding and the challenges of running a business.

‘How do I connect to this market?’

And then there’s the challenge of building a consumer base.

The Muslim community is diverse, so startups in the market can’t approach consumers with a “one-size-fits-all” mentality.

“Advertising is a big challenge. Muslims come from so many different walks of life. How do I connect to this market?” Aaser says. “I’m not going to be advertising on ABC or Hulu.”

Many of these companies rely on their networks to promote products, advertising in mosques and online communities. But relying on faith to get the word out about a product often isn’t enough, Dar says.

“I think people want to ride on people’s attachment to their religion. Sometimes they feel like they deserve the support of a Muslim consumer because it’s a Muslim product,” Dar says. “If a non-Muslim consumer built a better Islamic-focused app and they got more consumers, then they deserve it. Sharing the religion is not enough of a basis to attract users to your product.”

Amanullah argues that focusing solely on the Muslim consumer isn’t scaleable. His incubator may be for startups that have a positive impact on Muslim, but it also only accepts companies can appeal to a wider base.

“We have a motto here: ‘By Muslims, for everybody,’” he says. “You can tap into your values, but you have to make a product that has value for people who aren’t Muslim.”

Some companies launched by Muslims have found broad success. The shining example is yogurt giant Chobani, founded in 2005 by Hamdi Ulukaya, which now boasts a valuation of over $3 billion.

Smaller companies have also made it work. Noor Pharmaceuticals, which produces halal-based vitamins, landed deals with big-name retailers Whole Foods and Walgreens. Aaser’s Noor Kids wants to broaden its reach to other minorities.

But some entrepreneurs fear that, especially in the United States, racism might make non-Muslim consumers reluctant to purchase or back a product. Amanullah, however, says that’s not the case.

“I believe that entrepreneurship is a good deterrent to prejudice and racism. If you can enhance someone’s life through a product, they’re going to look at you differently,” he said. “And now is not the time to abandon your Muslim customers, either. The Muslim customers are doubling down on their identity.”

“If your company can cater to both of those needs, everyone wins,” he says.

“Well, except for Trump.”