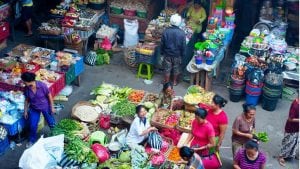 Jakarta: Almost five years have passed since the issuance of Indonesia’s Halal Product Assurance (HPA) Law in October 2014. Recently, President Joko “Jokowi” Widodo signed the Government Regulation for the implementation of HPA Law. Article 4 in HPA Law states that all products that enter, are circulated, and are traded Indonesia must be halal-certified. The regulation stated it would be effectively implemented five years after its issuance. Therefore, as per Oct. 17 2019, all products which enter, are circulated and traded in Indonesia must be halal certified.

The question is: is Indonesia ready for this halal obligation?

For the customer there are several issues in the halal label. Since the definition of products that should be halal-certified in the Law is very extensive, basically all products and services can be halal-certified. Consequently, this clause may lead to the commodification of Islam.

In halal commodification, religion is exploited and used as a marketing instrument. According to Faegheh Shirazi in his book Brand Islam: the marketing and commodification of piety, the commodification of Islam is created by labelling goods and services as “Islamic” with the intention to increase market share. In the halal industry several companies join the halal certification trends for the sake of profit without real concern for Islamic values and philosophy, thus creating “pseudo-Islamic” products. For example, some brands of hijab, refrigerators and detergents are marketed as halal-certified products.

On the other side, the obligation of halal certification provides opportunities for halal industry development. The Pew Research Center in 2017 reported that the global Muslim society is the world’s fastest growing consumer. The demand from Muslim consumers develops the market-driven halal products and services which are sharia-compliant. Thomson Reuters reported that in 2017, Muslims spent US$1.303 billion on food and beverages alone.

Having the largest Muslim population in the world, Indonesia has the potential to become a key player in the halal industry. Thomson Reuters in 2018 reported that Muslim consumers in Indonesia were the biggest spenders for food among the Organization of Islamic Cooperation countries. However, Indonesia is not listed in the top 10 countries in the Halal Food Indicator of Thomson Reuters, defeated by minority-Muslim countries such as Brazil and Australia. This shows that Indonesia is a target market for halal products, instead of becoming the key player in the halal industry.

Indonesia’s halal industry is underdeveloped because the local and domestic players have not significantly seized the opportunity. Indonesia’s halal market is still dominated by firms from non-Muslim countries. Companies from Muslim nations have not developed halal product efficiently due to lack of capacity. Therefore, the mandatory halal certification can be a much-needed booster.

However, the lack of implementation and campaigning of this regulation impedes the development of the halal industry. Although gradually increasing each year, the halal-certified products in Indonesia do not even reach half of the existing food and beverage products.

The mandatory halal certification could trigger international brands to certify their product. Given Indonesia’s vast market, manufacturers most likely will follow the requirement. In the future, the law will apply the reciprocal clause, where the country who wants to distribute their halal product in Indonesia must accept the halal products from Indonesia to be exported to their countries.

Therefore one major challenge to the halal certification is lack of awareness about halal status. Generally Indonesian Muslims do not depend on halal logo but assume that all food in their community is automatically halal. Although this assumption may have been true in the past, various imported food products today are not halal.

Lack of awareness among producers is also an obstacle. For the manufacturer, halal certification is perceived as an overhead cost. While in fact, halal label and halal certification can increase quality and give value-added to the product, thus attracting Muslim customers worldwide.

The clock is ticking; the new era of halal certification in Indonesia will start this October. Therefore, to overcome the challenge from the halal regulation implementation, all stakeholders need several strategies.

First, halal awareness in society needs to be improved. Changing Muslims’ mindset can be conducted through education and marketing for both entrepreneurs and consumers. Raising halal awareness such as advertising, campaigns and training could be be conducted by government and halal agencies.

Hopefully, by the end of October, Indonesia is ready to be a key player in the halal industry.

The writer is a lecturer at the Faculty of Law, University of Indonesia (UI) and a researcher with the Faculty’s Center of Islam and Islamic Law. She obtained her Masters in Islamic Finance and Management at Durham University, United Kingdom.