A Sharia-compliant equivalent of the popular UK and US reality show The Apprentice has recently been announced by a UK-based organisation. 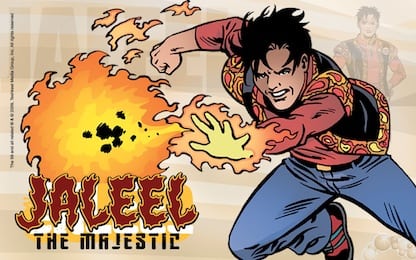 This follows the news of an ‘Islamic Facebook’ and ‘Halal-Tube.’ The Muslim world also has superheroes, like The 99, Muslim dolls (Dara and Sara), Muslim Cola (Mecca Cola), Islamic car, and so on.

It seems the criticism labelled against Islamic finance products, form over substance, also has application in the ‘info-tainment,’ and social media area. Yes, imitation is the best form of flattery, but we (the Muslim world) also need to be flattered.

So where are the authentic innovations and inventions? Surely there must be ideas that can be financed in a compliant manner from, say, 10 per cent of the 1.8 billion Muslims living in the 57 Muslim countries and outside the Muslim world.

Here is an opportunity for Islamic finance to fund something beyond the traditional areas such as real estate, and actually show the way to conventional finance in the Muslim countries. No, it is not for deposit-accepting Islamic banks to lead, they will not, but Islamic funds, like venture capital, small to medium enterprise (SME) funds, and private equity.

The two most common questions I was asked in my travels, especially by students, are: What is the difference between Islamic and conventional finance? And what has Islamic finance financed?

The implicit point in the second question is the role of the financial sector, typically the largest economic sector in the Muslim countries, as a ‘lubricant for greasing’ the country’s gross development product, econ-omic diversification, and development. It is well accepted that Islamic banks finance permissible activities linked to the real economy, like real estate. However, there are also nine other economic sectors.

An important element of prudent risk management is reducing concentration risk. The credit crisis impacted the financial economy, and, thereafter, impacted the real economy, hence, Islamic and conventional banks in the GCC region have seen a rise in non-performing loans and increased provisioning. Thus the industry as a whole needs to reduce the exposure risk to the vertical stakeholders in real estate.

The issue for Islamic finance is, what is the diversification and development strategy for staying relevant? For example, the pursuit of establishing an Islamic mega-bank, capitalised at, say, $5 billion paid up capital, is not a strategy, it is just another bank, albeit much larger. However, challenges still remain on standardisation, managing liquidity, meaningful cross-border presence, qualified personnel and scholars, regulations, accounting, customer service, and so on.

Today, there is a bias towards debt capital market Islamic finance, and, as an institution or individual can be conventionally overleveraged with negative consequences, an Islamic financial institution can be Islamically over-leveraged, i.e., Arcapita, Gulf Finance House and Investment Dar among others. Thus, to reduce the present bias of more depositors, called investment account holders (IAH), over capital market investors, the industry needs to appeal to equity instruments to address the risk profile of the latter. Obviously, this will not happen overnight, as it is a process involving customer surveys, education, including that of Imams, regulations, products, accessibility, customer service and support.

Will there be resistance from the banks, as deposit amounts will be reduced resulting in possibly lesser loans and loan amounts? Most likely, but the present situation has resulted in the ‘man on street’ asking the two above-mentioned questions. For example, a public-listed Islamic financial institution, like Dubai Islamic Bank, has thousands of IAHs. Now, if a robust index is created of only publicly listed Sharia-based companies, it addresses the first question of the difference. A Sharia-based index would not need the screening as such companies have Sharia advisers, by-laws aligned to Sharia principles, and pay zakat.

The likelihood of a fund off a Sharia-based index, comprising only Islamic banks and leasing companies, Takaful operators, Islamic REITs, halal food companies, etc., may generate more interest from the same IAHs than a Sharia compliant fund comprising companies like Microsoft, IBM, Pfizer, ExxonMobil, etc. Thus a client of, say, Abu Dhabi Islamic Bank may be both an IAH and a fund investor.

For the Islamic equity capital market to develop, the Islamic asset management space has to not only develop, but also expand to other asset class offerings.

The development of asset classes means that compliant funds are available for venture capital, SME fin-ancing, private equity, etc. Then, a real possibility exists for compliant funding inventions and innovations from the Muslim world on par with YouTube, Facebook, etc.

To rise to the challenge of being conventionally efficient, Islamic finance has to first fit in, and then it will stand out. We can start in the Arab Spring countries.

The writer is Global Head, Islamic Finance and OIC Countries, Thomson Reuters. Opinion expressed here is the writer’s own.