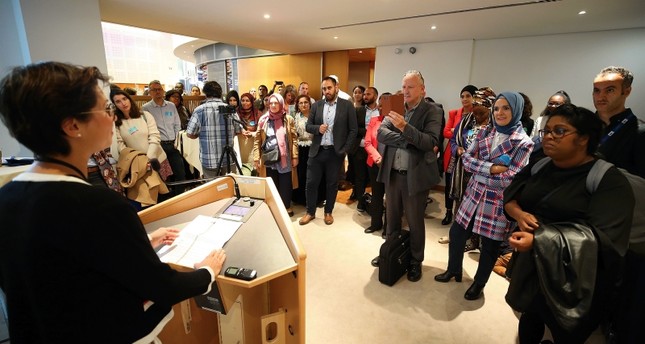 The EU Parliament held an event on Tuesday to discuss Islamophobia.

Tomasso Chiamparino, the EU Commission Coordinator On Combating Anti-Muslim Hatred, said hatred and discrimination had become commonplace in the discourse of some politicians and that this could not be ignored.

Chiamparino said that despite discrimination against people with headscarves or beards, combating Islamophobia was not a priority in many countries.

Underlining that the voice of victims of Islamophobia was not being heard, he added that if countries failed on this issue, the EU project would be unsuccessful.

EU Parliament lawmaker Magid Magid, said the far-right started to gather supporters across Europe, and that these people not only threatened human rights but also security.

“Let’s not give one more inch to Islamophobia. Let’s push back against hijab bans and halal bans,” Magid said.

Özdemir said women became subjects of Islamophobia at a rate of 76% in Belgium and 84% in France.

“Hate speech has started to turn into attacks,” she stressed.