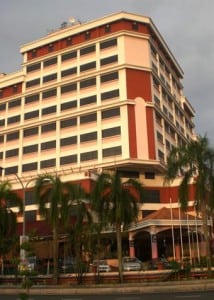 Despite the increasing trend of international visitors from Muslim countries and the growing number of Muslim-friendly or Halal hotels in Malaysia, the efforts by these hotels to customize their products and services to these target customers remain insufficient.

“There are general non-bidding guidelines but no clear-cut standards and criteria for the services of Halal hotels,” President of Malaysian Association of Hotels Mohamed Ilyas Bin Zainol Abidin told KUNA Saturday.

Zainol Abidin, also a board chairman of one of the Malaysian halal hotels, said there is growing demand for Halal hotels in Malaysia but that there are no rules regulating this booming industry.

“There is need for coordinated efforts and contacts with the UN travel agency to reconsider the hotels ratings standards to take into consideration the religious and cultural peculiarity of Muslim societies and travelers,” he told KUNA.
Zainol Abidin highlighted some of the differences between the conventional and Halal hotels, citing as an example the Halal hotel which he works for.

“The restaurant only serves Shariah-complaint halal food and there are no bars serving alcoholic beverages,” he said.
Each room has a copy of the Quran and prayer garments for men and women to wear. In the bathrooms, a dedicated ablution tap is provided for guests to perform the ritual cleansing that Muslims must complete before praying. One of the hotel floors has been dedicated for performing prayers.

Religious scholars and Imams give lectures in the prayer room, and guests can attend a free session where Islamic scholars translate the Quran from Arabic into English or help them memorize the verses of the Quran.

For his part, Anas Abdulaziz, head of Middle East department at a Malaysian travel agency, has a different point of view. “The demand on Halal hotels from Arab travelers is still meager,” Abdulaziz told KUNA.

“The services of these hotels are not yet up to the required levels,” he said, adding that most Halal hotels are only of three-star standardization.

He, however, revealed that a number of property developers have announced plans to construct several luxurious Halal hotels in the Malaysian capital over the coming years. “We hope such projects would give impetus to the tourism sector in Malaysia,” he said.

The Malaysian government seeks to expand the application of the concept of Halal to include other economic and service sectors, in addition to the existing restrictions on food and drnk, Abdulaziz underlined.

“There is a desperate need for a special government body to issue certifications for the hotels or travel agencies seeking to offer Halal services and to follow up their abidance by the set regulations and standards.” A study by the Malaysian Utara University has detailed several challenges facing the Halal hotels sector. The paper, themed “Developing a Model for Islamic Hotels: Evaluating Opportunities and Challenges,” featured the non-existence of a business model for these hotels as the main challenge.
“In fact, there is no established business model for the Islamic hotel, either in the form of academic writing or even in practice,” reads the study.

“The current practices are merely focusing on Halal food certification while the other Islamic aspects of hotel operations still remain undiscovered, ” it pointed out.

The study argued that the increasing numbers of international visitors create a bright prospect for this industry, but these opportunities come with huge challenges.

“We found the growing number of Muslim population and Muslim travelers will continue to flourish this market segment. On the other hand, these opportunities come with challenges. These challenges are related to the measurement of Islamic hotels, and the acceptance and the implementation of the concept among hoteliers and consumers.” Halal tourism, as permissible under Islam, includes Halal activities, Halal airlines, Halal food, and Halal/Shariah-compliant hotels.

“We narrow down our focus to the application of the Halal concept to the hotel industry which we identify as an Islamic hotel. Despite the potential and bright prospect of Halal tourism to the economy and to the hotel industry, in particular, this sector faces numerous issues and challenges,” added the study.

“The application of the Islamic hotels concept may require them to reengineer the existing business process or standard operating procedures (SOP) to comply with Islamic principles. Hence, the real understanding of the Islamic concept at the grassroots is still required rather than adjustments to already existing concepts. This would lead to the issue of measuring the degree of compliance of the Islamic hotel. The challenge now is how do we measure the level of compliance of hotels to Shariah law?” The tourism industry is one of the world’s largest and fastest growing economic sectors. For Malaysia, the tourism industry is expected to continue to be one of the top five contributors to the national economy.

“Malaysia has been branded as a tourist destination in Asia. Malaysia was one of the three countries in Asia (after Taiwan and Hong Kong) which achieved a double-digit growth in tourism receipts despite the adverse economic downturn of 2009,” The Utara University study pointed out that in 2010 the number of foreign visitors to Malaysia was 24.6 million with receipts of RM 56.5 billion or (USD18.6 billion) compared to only 5.50 million visitors and receipts of RM 8.
6 billion or (USD 2.8 billion) in 1998.

This is a 347 percent increase in visitor arrivals and 557 percent increase in receipts within the 12-year period.
Kuala Lumpur, the capital city of Malaysia, was the fifth most visited city in the world, with 8.9 million tourist arrivals in 2010. The increasing trend is contributed to visitors from the Middle East, who chose to continue to visit Malaysia after the historical September 11, 2001 event.

The Utra University Study claimed that the trend has been increasing from 1998 to 2009.
“The significant increase in the number of visitors can be clearly seen from Iran and Saudi Arabia. Most of these visitors choose Malaysia as their destination because of the Islamic identity of Malaysia and Muslim friendly services offered by the country. This is known as Halal tourism and it is one of the important aspects that significantly affect the Malaysian economy”.