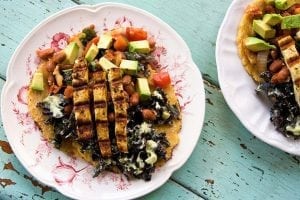 GlobalData consumer analyst, Ronan Stafford comments “The rising number of vegans and how fashionable the cuisine now seems to be, big companies are taking notice; the number of vegan options will increase in both supermarkets and restaurants”.

The ability to check menus online makes it easy to find vegan-friendly restaurants. Online grocery shopping means vegans can find the right products without having to spend hours lost in supermarkets checking every label.

Ingredient – box delivery services such as Hello Fresh and Gousto are making it easier to cook impressive vegan meals at home, by delivering vegan friendly ingredients to subscribers’ doors.

“These trends will combine to make 2018 the best year yet, in which to follow a vegan diet”, concludes Stafford.

HalalFocus comment: Though these vegan products will help increase alternatives for the Halal diet, consumers still have to look out for alcohol in foods that may be labelled ‘vegetarian’ or ‘vegan’ as it is acceptable in these diets.