A three-judge panel of the Ninth Circuit Court of Appeals, based in San Francisco, will hear oral 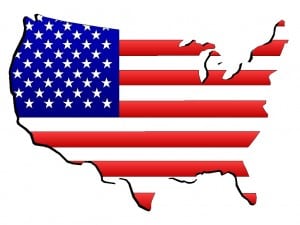 arguments Tuesday on the travel ban on visitors from seven Muslim-majority countries imposed by the Trump administration January 27 by executive order.

The hearing was announced Monday evening, shortly after the administration filed legal briefs with the appeals court seeking to overturn the decision by Judge James Robart, a federal district judge in Seattle, who issued a temporary restraining order blocking enforcement of the Muslim ban.

The hour-long hearing, with 30 minutes for each side, will take place at 6 pm Tuesday, Eastern Time, or 3 pm Pacific Time, with a recording of the hearing released to the public after the conclusion of the arguments.

The states of Washington and Minnesota brought the suit charging that the executive order issued by Trump is unconstitutional because of its brazenly religious character. They also argued that it damages the interests of citizens of those states as well as institutions such as universities and corporations whose students and employees are affected by the ban.

Fifteen more states, with a combined population of more than 100 million people, filed an amicus brief Monday supporting the position of Washington and Minnesota. The brief was drafted by attorneys for California, New York, Pennsylvania and Massachusetts.

Connecticut, Delaware, Illinois, Iowa, Maine, Maryland, New Mexico, Oregon, Rhode Island, Vermont, Virginia and the District of Columbia joined in supporting the brief. The state of Hawaii filed a separate motion in support of Washington and Minnesota Nearly all these states are governed by Democrats.

The 15-state brief detailed the impact of the ban on the educational and health care systems in many of the states. California Attorney General Xavier Becerra said that medical school programs would “risk being without a sufficient number of medical residents to meet staffing needs,” and that more than 2,000 students set to enroll in the state’s college and university system would be affected.

The main argument presented by the Trump administration was the claim that the states have no legal standing to challenge the executive order, and that the president’s power to control immigration is conferred both by the Constitution and federal law and is absolute and unreviewable by any court.

“Judicial second-guessing of the president’s national security determination in itself imposes substantial harm on the federal government and the nation at large,” Justice Department lawyers wrote in legal papers defending the executive order.

At the court hearing last Friday, Washington state Solicitor-General Noah Purcell responded by saying, “They’re basically saying that you can’t review anything about what the president does or says, as long as he says it’s for national security reasons. And that just can’t be the law.’’

Aside from the obviously authoritarian character of the administration’s claim, this is the diametric opposite of the position taken by Republican state attorneys general in 2015 when they argued—successfully—before the Fifth Circuit Court (based in New Orleans) that they had standing to challenge President Obama’s executive order exempting several million long-settled undocumented immigrants from deportation.

The Trump brief also urged the Ninth Circuit to reject out of hand any arguments based on religious discrimination, since the text of the executive order does not explicitly call for a ban on Muslims. Trump’s numerous statements declaring that he wished to impose a Muslim ban, and his seeking advice on how to word such a ban so that it would pass legal muster, could not be considered by the court, the brief argued, because this would involve investigating the motives of the executive branch, and would thus breach the separation of powers. The contrast between this argument and Trump’s own conduct, tweeting imprecations against Judge James Robart and all but branding him a terrorist sympathizer, is stark.

The brief filed by Washington and Minnesota replied that “courts have both the right and the duty to examine defendants’ true motives,” and cited precedents linked to previous Supreme Court decisions in relation to discrimination against gays and other disfavored minorities.

The states’ brief pointed out that the claims of urgent national security dangers were undermined by the sheer breadth of the order: “For several months it bans all travelers from the listed countries and all refugees, whether they be infants, schoolchildren or grandparents. And though it cites the attacks of September 11, 2001 as a rationale, it imposes no restrictions on people from the countries whose nationals carried out those attacks. It is at once too narrow and too broad… and cannot withstand any level of scrutiny.”

Noting that four of these officials “were current on active intelligence regarding all credible terrorist threat streams directed against the US” as late as January 20, 2017, the statement declared: “We all are nevertheless unaware of any specific threat that would justify the travel ban established by the Executive Order issued on January 27, 2017.”

Trump’s executive order will “disrupt key counterterrorism, foreign policy and national security partnerships that are critical to our obtaining” intelligence necessary to combat terrorist groups like the Islamic State, the statement declared. It went on to warn that individuals in the seven targeted countries who cooperated with US intelligence and military operations would now be endangered.

Newly installed Pentagon chief James Mattis reportedly ordered emergency measures for the protection of Iraqis who collaborated with the US military occupation by acting as translators or providing intelligence. The entry of these Iraqis into the United States under a special visa program was halted by the Trump order.

A separate amicus brief was filed by 97 giant corporations, including a who’s who of Silicon Valley: Facebook, Microsoft, Intel, Uber, eBay, Apple, Google, Twitter, Airbnb and Snap. The corporations argued that the order “inflicts significant harm on American business, innovation, and growth,” and by disrupting the movement of employees and potential customers “is inflicting substantial harm on US companies.”

Legal commentators expect the Ninth Circuit, which is the most liberal of the circuit courts in the US, to endorse Robart’s decision in some fashion, followed by an appeal by the Trump administration to the Supreme Court. In the event of a 4-4 split, which was the result of the previous immigration enforcement lawsuit by Republican-controlled states in 2015, the circuit court’s decision would stand.

Whatever the long-term result of the legal conflict, however, the temporary restraining order remains in effect this week, with as many as 100,000 people holding visas for entry into the United States from the seven countries targeted by the White House.

Meanwhile, more evidence has emerged of the racist and bigoted character of both the executive order itself and its enforcement by Immigration and Customs Enforcement. A report in Newsweek quoted Los Angeles immigration lawyer Stacy Tolchin, who describes how ICE agents separated Muslims from non-Muslims during detention proceedings at the airports in the period before the court order halting the travel ban was issued.

“They are segregating Muslims from the non-Muslims when they’re being detained, holding them in separate rooms,” Tolchin told Newsweek. “I think it shows what the real intent of the travel ban is.” The magazine reported that several other lawyers “corroborated Tolchin’s account, saying those who identified themselves as Christian or Jewish did not seem subject to the same treatment at the border.”