The Philippines is gaining popularity as a global business platform and gateway for the $632-billion Halal food market, the Center for International Trade, Exhibitions and Missions (CITEM) said. 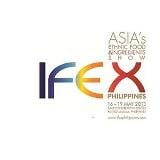 CITEM Executive Director Rosvi C. Gaetos said this as the marketing promotions arm of the government is undertaking huge preparations for the forthcoming International Food Exhibition Philippines 2013 on the 16-19 May 2013.

Halal pertains to foods that are allowed under Islamic Law, which bans human consumption of pork and blood and their by products, alcohol, carnivorous birds and land animals and those without external ears, including ingredients derived from such forbidden sources and the use of dirty equipment during preparation, processing and manufacturing.

As governed by Islamic law, Halal foods are prescribed for the world’s 1.8-billion Muslims, all required by their religion to adhere to such dietary requirement and consequently yielding a global annual market that constitutes some 20 percent of the world’s entire food consumption.

This development has turned the Halal seal into an international symbol of good quality and marketability.

Mindful of such an enormous yet relentlessly growing market, CITEM has been promoting Philippine Halal foods to the world and turning next year’s May 16 to 19 2013 IFEX Philippines as a grand showroom for both brand and industry put together.

Gaetos said the event would have an entire pavilion devoted to Halal so as to give the industry players all the room they would need to market their products to a vast foreign audience.

“Halal’s increasing global popularity stems from strict cultural and religious adherence to its quality standards that make it synonymous to health and hygiene. Thus, Halal is a major component of IFEX Philippines,” Gaetos explained.

Among those coming over to the SMX Convention Center for IFEX Philippines are the world’s leading wholesale food buyers and importers, according to CITEM Deputy Executive Director Malou D. Mediran.

“Most of CITEM’s target exhibitors are accredited with the National Commission on Muslim Filipinos (NCMF), which provides the links to globally-recognized Halal-certifying bodies. We are, in fact, in negotiations with the NCMF to attract more Halal exhibitors and promote the industry here and abroad,” Mediran said.

“In support of the Philippine Export Development Plan’s Halal Development Plan, a special participation rate for IFEX Philippines 2013 will be offered to Halal-certified companies, Halal certifiers, as well as Halal-compliant restaurants and hotels, if they exhibit,” she added.