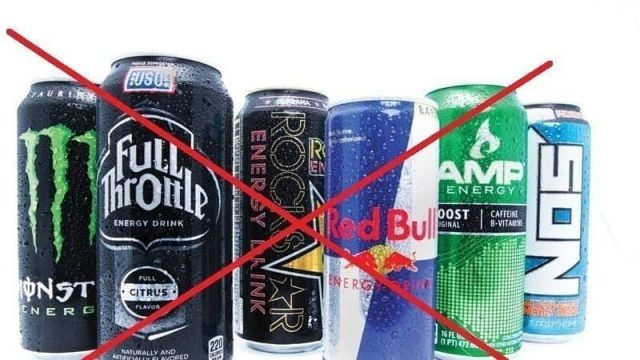 Punjab Food Authority, the province’s most formidable and evidently indiscriminate food watchdog has ordered beverage companies that manufacture so called “Energy drinks” to remove the label as it is misleading for consumers and scientifically false.Often times, consumers especially in a younger age bracket are misled into believing that these drinks provide “energy” and consume the drinks in hazardous amounts.

The has been passed in light of an international regulatory pushback against the highly caffeinated fizzy drink market, and is believed to be the first in the world to censor the term “energy”, a key part of the drinks’ appeal and prime marketing focus.

According to the regulations set by the International Council of Beverages Associations, the guidelines for labeling energy drinks, If not already required by applicable legislation are for the manufacturer to identify on the label the total quantity of caffeine from all sources contained in the beverage per 100 ml and/or per serving and/or per package.

Alfaizi said that the ban imposed on sale and purchase of those items by the food authority might cause a positive effect on students.

According to the international regulatory body, the labels of energy drinks should include the advisory statement “Not recommended for children or pregnant or breast-feeding women” or similar. Also, the energy drinks should be labeled in compliance with provisions for conventional foods, not as dietary supplements or food supplements, except in cases where required by applicable legislation.

According to the scientific advisory panel of the Punjab Food Authority (PFA), a regulatory body overseeing the province of 110 million people, the word is a misnomer. The panel said rather than provide the body with nutritional energy, the large quantities of caffeine, taurine and guarana contained in energy-drinks simply stimulate the swift release of existing reserves, an international publication quoted.

The authority has also instructed companies to mention directions in Urdu and English on the product that the drink is not suitable for under 12 years old, pregnant women and for those who are allergic to caffeine.

Often times, consumers especially in a younger age bracket are misled into believing that these drinks provide “energy” and consume the drinks in hazardous amounts.

The PFA has also demanded that energy drink manufacturers, who sell about 312m cans each year in Punjab, must limit caffeine to 200 parts per million (ppm), about half the amount that Red Bull currently contains.

Pakistan has a particular incentive to clip the industry’s wings, the Director General of PFA Nur Ul Amin Mengal told the publication. A 2017 study showed energy drinks also increase blood pressure five times more than an equivalent amount of caffeine drunk in coffee, and Pakistan has one of the highest rates of heart disease worldwide.

A few months ago, the Khyber Pakhtunkhwa Food Safety and Halal Food Authority, raised in pursuit of the PFA, has banned the sale of several items at public and private schools and colleges across the province. “The carbonated soft drinks are injurious to health and we would not allow our students to use this and other such eatables at schools,” Sahibzada Jawad Alfaizi, the managing director of Kohsaar Academy, told journalists in a press brief.

The notification, which was also dispatched to the chief secretary, secretary health, secretary Higher Education Department KP, besides colleges and schools’ administrations, said that sale and purchase of carbonated soft drinks, energy drinks, piped and colored flavored chips at schools is banned with immediate effect.