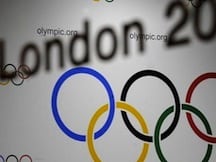 Ali al-Hakmi, a member of Saudi Arabia’s Council of Senior Islamic Scholars, has issued a fatwa stating that Saudi athletes participating in the Olympic Games in London can be exempted from fasting because they are traveling.

According to Saudi newspaper Okaz, Hakmi said that as the athletes are traveling with the intention of returning, not to stay there. Therefore, they and whoever accompanies them can skip their Ramdan fasting, even if their stay “reaches 15 or 19 days.”

Seventeen Saudi athletes are participating in the 2012 Olympics in three games: athletics, equestrianism and weight lifting.

With this fatwa, Saudi Arabia follows in the footsteps of Egypt, the UAE and Algeria. Islamic scholars from those three countries have informed their athletes that they can postpone fasting while participating in the Olympics.

In his fatwa granting the Egyptian delegation to the Olympics the right not to fast, Egypt’s Grand Mufti Ali Gomaa included a verse from the Quran, “[Fasting for] a limited number of days. So whoever among you is ill or on a journey [during them] — then an equal number of days [are to be made up].”

Dubai’s Grand Mufti Sheikh Ahmed Al-Haddad stated that the athletes can fast for the same number of the days they skipped, after the end of Ramadan.

In Algeria, the head of the Fatwa Committee of the Supreme Islamic Council said that as the athletes are traveling to serve their country, they can skip fasting provided that they make up for them after the games end.

The Moroccan Sports Ministry is still seeking a similar fatwa from the country’s Islamic scholars.