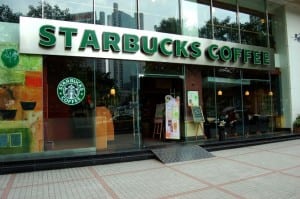 The halal certification was awarded by the MUI’s Director of Food Control, Lukmanul Hakim, to Director of Starbucks Indonesia Anthony Cottan at a Starbucks coffee shop in Botani Square, Bogor, on Wednesday.

According to Lukmanul, Starbucks, with its 176 coffee shops in Indonesia, voluntarily worked for the halal certificate, even at the risk of bearing extra costs, to maintain trust with its Muslim consumers.

“We appreciate what Starbucks did. We hope other coffee shop chains would follow suit. Starbucks realizes the need to consume halal products, and they have invested to create a halal-guaranteed system,” said Lukmanul.

“Halal products will always be the priority in our business. We’re optimistic Starbucks will win the hearts of Indonesians, of which a majority of the population are Muslim,” Anthony Cottan added.

Even though Starbucks mainly serves coffee, it had been rumored that some of their products contained traces of pork or alcohol, which drove some Muslims to boycott the American coffee chain.

The fact that Starbucks, like some other major restaurant chains like Burger King, Hanamasa, and Bread Talk wasn’t halal-certified by the MUI, did not help its cause in a country where Islam is dominant.