Over the past 12 years, THAIFEX-World of Food Asia has grown from strength to strength. 2016 marks the highest number 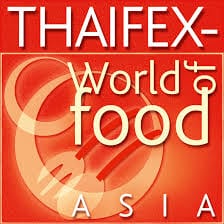 of exhibitors to date with the participation of 1,919 exhibitors from 40 countries. International participation has also seen a boost with a 18% growth from 2015 to 955 foreign companies, reaching an equal proportion of international and local exhibitors. Adding to this positive growth and making their show debut are new exhibitor country groups like Cambodia, Chile, India, Indonesia, Norway.

Mr Michael Dreyer, Managing Director and Vice President, Asia Pacific, Koelnmesse Pte Ltd said, “This year’s show is our most impactful one yet. A larger exhibition space accommodates for the largest gathering of international and local exhibitors we have ever seen. This is another affirmation from the industry that THAIFEX-World of Food Asia maintains its position as the global player in the food and beverage industry by connecting Asia to the world. This also confirms that Thailand is the ideal hub for the food and beverage industry and the perfect home to THAIFEX-World of Food Asia.”

THAIFEX-World of Food Asia 2016 is proud to welcome Germany as its 4th official Partner Country. Organised by the German Federal Ministry of Food and Agriculture, this collaboration enables Germany to promote an array of outstanding specialities unique to Germany.

“This year‘s Partner Country is significant to Koelnmesse, which is headquartered in Germany. We are thrilled to see that Germany has increased its pavilion size in order to accommodate and showcase a plethora of innovative German products including the famed WHAPOW’s frozen superfood purees, Wolf’s meat-free vegetarian sausages made from egg white,“ he added.

She added, “Thailand exports food products to more than 200 countries. Thai foods are among the world’s top five exported foods – rice, processed chicken, canned and processed seafood, frozen and processed prawns, and seasoning. The value of food products and processed agricultural products reaches more than 800 billion baht per year. The industry has not only strengthened Thailand’s food stability but has also enabled the country to become the food production base in the ASEAN region.”

“The state’s policy to make Thailand the Kitchen of the World and the ASEAN leader in food production as well as expanding investment channels in the world market will help steer the country’s food industry to sustainable growth. The Department of International Trade Promotion will move forward in pushing exports of Thai food products, including the food service businesses, so that they enjoy continuous growth in the world market,” she elaborated.

“THAIFEX – World of Food Asia, organized by the Department of International Trade Promotion of the Ministry of Commerce in alliance with the private sector, The Thai Chamber of Commerce and Koelnmesse of Germany, plays a significant role in helping to create venues and trade opportunities for Thai food operators, which is an important strategy in pushing and developing trade expansion in new potential markets. The move also promotes Thailand’s competitiveness and expands export markets in line with government policies. Thai products have been widely accepted by the world community, especially our food products that make up the world’s top five exported foods,” the Minister of Commerce said.

Mr Isara Vongkusolkit, Chairman, The Thai Chamber of Commerce said, “THAIFEX-World of Food Asia 2016 has been a success due to the continued trilateral cooperation between the Department of International Trade Promotion, Koelnmesse Pte Ltd and The Thai Chamber of Commerce. As a private business chamber, we believe it is essential to support the great efforts of the government on such a worldly event, which in turn helps to boost Thailand’s economy. This year, we see participants come to Thailand from all types of food industries, including upstream, midstream and downstream. The show is the optimal platform for these participants to showcase food services, technologies, standards and innovations.”