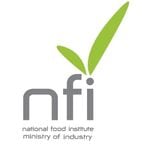 For fiscal 2016, the Industry Ministry has budgeted Bt180 million to promote exports of halal products. The department will also expedite development plans for halal products of small and medium-sized enterprises and Otop (One Tambon, One Product) to propel Thailand towards being among the top five halal exporters by 2020.

Speaking at a seminar on halal-products investment and exports hosted by the NFI, |institute director Yongwutti Saopruek said the Dubai Chamber of Commerce projected the world’s halal-products market at about US$2.3 trillion (Bt82.4 trillion). This includes chemicals, foodstuffs, household goods, cosmetics, garments and medical supplies.

Last year, halal products accounted for about $1.1 trillion, or 20 per cent, of the world’s foods-trading value. This figure is projected to rise to $1.6 trillion in 2018.

With nearly 2 billion Muslim consumers, the current market for halal food products offers huge export opportunities. Last year, the Organisation of Islamic Cooperation had 57 member countries. Their import value of halal foods reached $164 billion, growing by 16 per cent a year for the past five years, higher than the overall global food-trade growth of 10 per cent a year.

With growing consumer acceptance and recognition of Thai halal foods, exports of these products should continue to expand this year. The rising world Muslim population will also raise demand for hygienic and high-quality halal foods.

With the rapid expansion of e-commerce, development of a halal certification system and the government’s five-year plan to support and promote halal-food exports, there is hope of becoming a top-five halal-exporting nation by 2020.

For fiscal 2016, the government has allocated budgets for various state agencies totaling Bt303 billion. The Industry Ministry has allocated Bt120 billion for the NFI and Bt60 billion to the Department of Industrial Promotion, some of which will be allocated to the Central Islamic Council of Thailand to fund the certification operations for halal food products, which currently cover more than 5,000 companies.