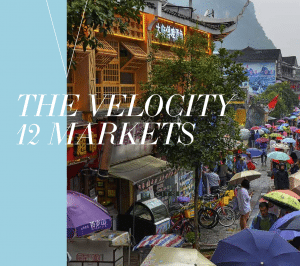 The reality of an emerging Muslim middle class, across not only the Muslim majority countries, but in minority countries as well, is becoming increasingly evident. While there are not yet definitive figures for the global total, there are strong indications that that the young rising middle classes throughout the Muslim world are being recognised as a powerful and increasingly influential market force.

A recent study by Ogilvy & Mather on what they term ‘The Velocity 12 Markets’ identifies two key demographics: the next billion middle class consumers; and the Muslim Futurists. The Velocity 12 markets factor in not simply growth rates, but also the speed of that growth, with an epicentre in South Asia, extending to China in one direction and through to Egypt, Nigeria and beyond in the other.

Indonesia, India, Pakistan, Bangladesh, Egypt and Nigeria are all Velocity 12 countries, with an estimated 373 million middle class consumers in 2015, rising to 627 million by 2025. Allowing for the growing middle classes across the MENA region, these numbers are of course considerable higher, closer to half a billion.

The other category highlighted in some original research conducted by Ogilvy Nor into the Muslim Futurist: under 30, proudly Muslim, combining faith and consumerism and digitally connected. The report estimates that the Futurists make up 42% of the Muslim population, (i.e. around 700 million) and considers them to be disproportionately influential in shaping the consumer trends, not just of Muslims, but globally.

However you add up the figures, this is a whole new growing and highly influential demographic. Ignore them at your peril.