The unit inaugurated this Wednesday (26th) in the United Arab Emirates capital will process poultry-based products for distribution to Middle East countries. 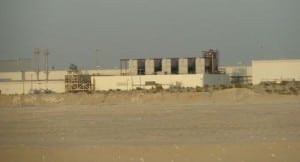 inaugurated its first food processing plant in the Middle East this Wednesday (26th). The unit is located in the Kizad industrial zone in Abu Dhabi, the capital of the United Arab Emirates (UAE), and cost roughly US$ 155 million. The plant will manufacture products such as marinades, pizzas, breaded foods, hamburgers and others to be exported to Arab and non-Arab countries in the Middle East and even to some Asian countries.

The CEO of the Arab Brazilian Chamber of Commerce, Michel Alaby, attended the plant’s opening ceremony. He said the new unit is “important, because it proves Brazil is going international.” He remarked, however, that it “indicates that Brazil’s manufactured goods industry is becoming less competitive.”

In a statement released by the company, BRF Board chairman Abilio Diniz has said the new plant is one of the “pillars” underpinning the company’s internationalization process. Global CEO Claudio Galeazzi said local manufacturing operations will afford increased “flexibility” to BRF in adapting its products to meet “global demands.” BRF’s International CEO, Pedro Faria, stated that manufacturing at the new plant meets quality and safety standards and is in accordance with halal production, which is regulated by Islamic rules.

The owner of food brand Sadia, BRF is expanding its foreign operations and has appointed the Middle East as a priority. The company has already purchased distributing companies in the region. The new plant is located near a highway connecting Abu Dhabi and Dubai. Last year, Brazil’s vice president Michel Temer visited the plot where the unit now stands.

According to Alaby, the opening ceremony was attended by delegates from Centro de Divulgação do Islam para a América Latina (Cdial Halal – the Centre for Promotion of Islam in Latin America) and the Federation of Muslim Associations in Brazil (Fambras). The Brazilian minister of Agriculture, Neri Geller, senator Jorge Viana (affiliated with Workers’ Party PT in the state of Acre) and congressmen were also in attendance, as were Diniz, Faria and advisor Luiz Fernando Furlan, among other BRF board members and advisors.