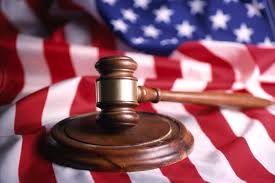 Abu Dhabi: Food products from an American company, now under fire for marketing fake halal beef to many Muslim countries, were not being shipped to the United Arab Emirates, a senior official told Gulf News on Thursday.

Midamar Corp. the company facing federal action in the United States for allegedly selling fake halal beef was not exporting its products to the UAE, said Engineer Asya Abdul Wahab Al Raisi, Director of Food Safety Department at the Ministry of Environment and Water.

According to news agency reports on Thursday, the company is now subject to an indictment returned by a grand jury after US federal prosecutors levelled charges of fraud against the firm.

The company sold at least $4.9 million (Dh18 million) of beef to customers in Muslim countries.

The beef products allegedly did not follow halal practices promised in its labelling and advertising, according to the indictment returned by a grand jury.

Also indicted is another company Islamic Services of America, controlled by the directors of Midamar Corp., which is one of the few organisations approved by several Muslim countries to certify beef for import into their countries.

Both firms denied the charges.

The indictment alleges Midamar, a pioneer in halal food in the US and Islamic Services of America, asserted that beef products complied with import and US Department of Agriculture requirements.

Although an Associated Press report said the fake halal beef was exported to the UAE and Islamic Services of America was approved by the UAE, the UAE official rebutted it.

“Islamic Services of America was not accredited by the UAE Ministry of Environment and Water [for issuing halal certificate],” Engineer Asya said. Meat products that have been approved by the Ministry but do not have an approved halal certificate from one of the Islamic associations will not be allowed entry into the UAE, the official said.

The ministry has put in place specific mechanism and standards including inspections and accreditation system for food producing facilities abroad, she said.

Islamic organisations and institutions, which certify halal foods imported into the UAE, have to be accredited by the Ministry.

Experts from the Ministry, and the Emirates Authority for Standardisation and Metrology (ESMA) and the government agencies from countries of origin of food imports, regularly conduct inspections and assessment to approve associations, slaughterhouses and food manufacturing facilities. Surprise visits and inspections are also conducted.

This ensures all criteria and requirements for halal slaughtering are met in accordance with Sharia.

Factories abroad are inspected and evaluated before placing them in the list of approved facilities.

The list is periodically circulated to all border checkpoints and government authorities responsible for food safety via the electronic system maintained by the ministry, the official said.

In an online Midamar statement, the firm called the charges a violation of the US constitution’s separation of church and state, saying it was inappropriate for the government to judge halal practices.

Midamar Corporation said it “is unable to comment on specific charges.”

The company countered the indictment, noting that it “strives to meet all regulatory legal obligations. In fact, Midamar stands proud of its compliance record over the past 40 years. This indictment is based in large part on administrative infractions that occurred in 2010 involving facility numbers. Normally these matters are resolved between the regulatory agency and the company. Midamar took corrective action four years ago, this action was accepted by the USDA and the company directors believed at that time that the matter was resolved. Midamar will continue to work in good faith with the government and make every attempt towards a quick resolution.”

“The allegations of halal fraud are due to a ‘one size fits all’ approach taken by the government authorities,” the statement said.

Islamic Services of America said that it won’t allow “allegations, implications or inferences of any improprieties to affect its level of quality and service.”

The companies, which are based at the same location and collectively have about 80 employees, thanked customers for their support.