Dubai: Having a stamp of approval that a food product meets Islamic standards does not always result in consumers buying it, according to industry experts at a session at the 10th World Islamic Economic Forum in Dubai on Wednesday. 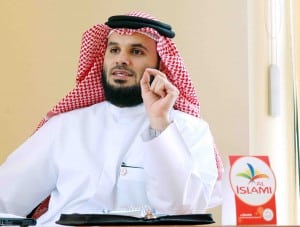 Aside from displaying a halal logo, producers should state how a product was produced, said Saleh Abdullah Lootah, managing director of UAE-based Al Islami Foods, a producer of packaged halal food.

“It is the process, not the body that certifies … what kind of process do they certify — is it the stunning, the killing, the gas? Mention this to the consumer … I have seen different logos of halal … but they do not mention the process…the new generation would demand this information to be on their products for them to make the right choice,” Lootah said.

Islam requires Muslims to consume halal products, which basically do not contain alcohol or pork. Stunning an animal before slaughter is viewed by some scholars as not complying with Sharia law, making the food non-halal.

The market to process, produce and distribute halal food and drinks is expected to grow into a $1.6 trillion (Dh5.8 trillion) industry by 2018 from about $1 trillion in 2012, according to DinarStandard, a research firm specialising in Muslim markets.

A challenge faced by the industry is a lack of a unified standard for what exactly is halal. There are between 500 and 3,000 certification agencies globally, 80 per cent of them in non-Muslim countries, according to Sebnem Sen, operations manager, tradeflow, at the Dubai Multi Commodities Centre.

The lack of a unified halal standard has raised production costs for food and beverage firms as they have to follow different national regulatory standards.

The 57-member Organisation of Islamic Cooperation (OIC), which says it aims to safeguard the interests of the Muslim world, is creating global halal standards.

“The 29 member of the 57 countries of OIC are talking the same language… In six months, they are hoping to construct the international accreditation council recognised by all other member countries. In another six months following to that, they are hoping to construct the OIC-SMIIC [Standards and Metrology Institute for the Islamic Countries] halal logo… I am expecting in one year all of the Muslim countries will be speaking of the same halal logo and same halal standards,” Sen said.

The topic of halal standards came under the limelight last May when chocolate maker Cadbury recalled two products in Malaysia after traces of pig DNA were found. That prompted authorities from different countries, including Saudi Arabia and Indonesia, to test Cadbury chocolate bars to make sure they complied with Islamic standards.