Abu Dhabi: Halalbooking.com, an online booking platform in the halal tourism sector, said it was targeting growth, with plans to launch a $1 billion (Dh3.67 billion) initial public offering (IPO) in three years, according to Elnur Seyidli, chairman of the company’s board.

The UK-based company is still looking at global stock markets for the IPO but said it will either be in the UK or the US.

“We’re not looking at specific stock exchanges at the moment. We’re very focused on the growth, and we’re already very profitable and fast growing,” Seyidli said.

Halalbooking has been growing to three times its initial size per year (300 per cent).

In an interview with Gulf News, the chairman said that the company was looking to grow its consumer base to half a million to a million per year. This will be achieved through adding more hotels to the website.

“At the moment, we have about 200 hotels on our website from across the world, but by next year, we hope to reach 2,000 hotels. Once you connect to certain technologies, it becomes easier to add each hotel. In two years, we hope to reach about 10,000 hotels,” Seyidli said.

Muslims living in European countries currently account for 70-75 per cent of the company’s consumers, with the remaining 25 per cent coming from Muslim-majority countries.

However, Halalbooking is looking to change these figures.

“The reason we have 75 per cent of our customers from European countries is simply because we started our operations and we were focused on the UK. Then we expanded to Germany, France, and other countries. It was only a year ago that we launched an Arabic website, and built a GCC marketing team.

This year, we established an Asia-Pacific marketing team, so these portions will change every month from now on,” Seyidli said.

He added that he expected growth in the next few years to come from Muslim countries. Halalbooking is also looking to capitalise on the GCC as a source market.

Discussing the sector, he said he expected more supply to come online in the next few years, with more halal hospitality brands projected to grow globally. 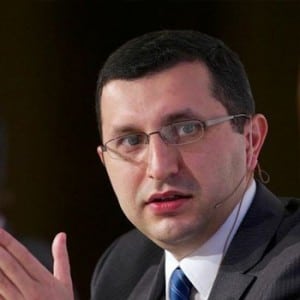 Seyidli was speaking at the World Halal Travel Summit, which kicked off on Monday at the Abu Dhabi National Exhibition Centre (Adnec). Taking place until October 21, the event is set to welcome over 6,000 attendees throughout its three-day run.

Delivering the keynote speech at the event was Jasem Al Darmaki, acting director general of the Abu Dhabi Tourism and Culture Authority, who said that the emirate is poised to become a regional hub for halal tourism.

“Halal travel is one of the fastest-growing sectors of global tourism, and one that’s already worth $135 billion and is set to double within the next five years.

Abu Dhabi is placing itself at the heart of this market in the Gulf region, and is well-placed to meet specific Muslim demands on a number of fronts. [These include] food and beverage, segmented family and gender-specific product and segmented sessions for females at mainline attractions, and is host to a number of high and medium-quality dry hotels,” Al Darmaki said.

UAE missing out on rewards from halal tourism

The UAE has been missing out on a huge opportunity in the burgeoning halal tourism market, which is growing at double the rate of conventional tourism, according to an industry specialist.

“Abu Dhabi, Dubai and Sharjah are part of a hugely strong brand – the UAE – but they offer very little for halal tourists,” Elnur Seyidli, the chairman of HalalBooking.com, told the World Halal Travel Summit in Abu Dhabi on Monday.

The market for Muslim travellers was worth US$145 billion last year and is expected to grow to $200bn by 2020, according to the MasterCard-Crescent-Rating Global Muslim Travel Index (GMTI) 2015.

“If you look at halal beach resorts there are none in the UAE. Turkey is one of the few full service beach resort destinations that offers separate beaches for women, women-only swimming pools, pools for women with sons and family pools. They also offer prayer rooms close to the entertainment among other halal attractions,” Mr Seyidli said

While city break hotels, centred on urban destinations, can have halal options, beach resorts need to be solely focused on Muslim visitors as a mixed offering cannot work, he said.

Halal tourism is far more involved than the lack of alcohol in the destinations. It fully engages with Muslim tourists, offering options that will enhance their holidays such as trips to important Islamic destinations and shopping areas and is sympathetic to their faith.

But UAE hotel operators, travel companies and even tourism bodies have stepped up efforts to garner a share of the sector.

Abu Dhabi Tourism & Culture Authority (TCA Abu Dhabi) has for the past year targeted the sector as an important part of its marketing.

“We see halal tourism as a niche market,” said Sultan Hamad Al Dhaheri, acting executive director of TCA Abu Dhabi. “Right now we are focusing on Arab nationals in Europe and we are trying to raise the awareness in other markets such as Turkey and Malaysia. We know the whole region has a gap in beach resorts offered for halal tourists and we are talking to developers and hotel operators about the opportunities on offer in Abu Dhabi.”

Jannah, a hotel operator that recognised the opportunity for halal tourism. launching two years ago in Abu Dhabi, has reaped the rewards in terms of occupancy and average room rate.

Dnata travel, a part of Emirates Group, on Monday announced that it has developed new tours and services designed for Muslim travellers.

The company said the decision was based on research that showed Muslim travellers’ biggest unmet needs on holidays were access to halal food and a Muslim-friendly experience.

Ajman-based R Hotels will open Palm Jumeirah’s first halal-friendly and Sharia-compliant property in the last quarter of next year. Another hotel on Ajman corniche will open in 2017.

“We make sure that for our existing, as well as new projects, we secure Islamic finance only,” said Sumair Tariq, the managing director of R Hotels.

“Our properties cater to diverse markets across the globe and not just Muslim travellers.”

Nehme Darwiche, the chief executive and founder of Abu Dhabi-based Jannah Hotels and Resorts, said that its focus on the halal sector has been paying off.

“We launched Jannah Eastern Mangroves in Abu Dhabi two years ago, and we have had an average 92 per cent occupancy, he said.

Mr Darwiche added that the company plans to open a 272-room hotel in Sharjah in 2016 and two more are planned for Dubai and one in Fujairah in the next few years.