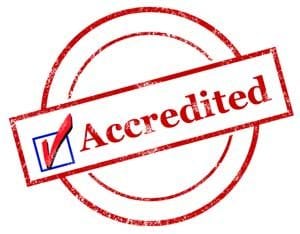 Halal trade with its global reach.

This will be the first time IHAF will be conducting a general assembly meeting with the aim of bringing its founding members together to discuss the internal system of the organisation and deliberate the drafted by-law.

The meeting will mark the official start of IHAF’s operation. It will be followed by the signing of multi-lateral agreement documents by IHAF members that will allow Halal-certified products to be traded with ease and convenience among the signatory countries.

Apart from discussing the administrative, operational, finance and HR structure as well as attaining consensus on the by-law, the meeting will likewise provide opportunity for the 10 founding members to nominate and vote the internal committees, set plans to implement and promote strategic activities for the next five to 10 years, and determine the appropriate logo.

Mohammed Saleh Badri, Secretary-General of IHAF, said: “We are pleased to be working hand in hand with IHAF’s founding members. The size and growth rate of the global Halal industry makes the collaboration among countries and regions an absolute necessity.”

The establishment of IHAF serves the purpose of protecting the growing number of Halal consumers and facilitating international Halal trade with its global reach.

“With UAE hosting the world’s first unified halal accreditation platform, we aim to bring confidence back to the Halal market. We aspire for countries, Islamic or non-Islamic, to be fully confident that products coming under the IHAF network will have fully satisfied Shari’a requirements as well as international safety and quality standards,” Badri added.

The general assembly that will be conducted in the Dubai further positions the emirate at the centre of the worldwide Halal economy. According to a report produced by Thomson Reuters in partnership by the Dubai Islamic Economy Development Centre, UAE along with Malaysia and Bahrain continue to lead the Global Islamic Economy Indicator. This reflects that UAE is one of the leading countries with the healthiest Islamic economy ecosystem relative to its size. To cater to the rapidly rising demand, the UAE government has also announced the establishment of the ‘Halal Cluster’, a 6.7 million sq. ft. hub in Dubai Industrial City for companies dealing in Halal food, cosmetics, and personal care items.