The United Arab Emirates (UAE), Ethiopia’s largest meat export destination, has officially banned the commodity for an unlimited period of time as of October 1, 2015. The ban was imposed over problems related to a rushed order for the Eid ul-Adha holiday, although meat exports to the country were stopped after the holiday. 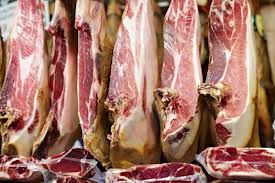 Meat prepared for export should be kept at zero degrees Celsius and it should be consumed by buyers within 10 days of shipment. But the shipped cargo was above zero degrees and the blood could not be adequately chilled within the deadline of the order, Daniel said.

Notice of the rejection of the meat came on October 1, 2015, when the local companies were about to send their next shipment.

Halal had prepared one ton of goat meat for export to UAE when notice of the ban came suddenly, forcing it to sell on the local market at a discounted price.

UAE is Ethiopia’s largest meat market, accounting for 58.8 million dollars out of the total 93.2 million dollars obtained in the last fiscal year, when 11.692tn was exported to that destination. Saudi Arabia is the second largest market, with a 32.4pc share, followed by Vietnam and Hong Kong, with 2.4 pc and 0.72 pc respectively, according to export data from the Ministry of Trade.

Halal Food Industries Plc, established by Pakistani owners, joined the meat processing sector in 2014, with a capacity of 3,000 sheep; it was actually slaughtering 1,000 sheep a day, until it was forced to stopped exporting immediately after the holiday.

The Meat Inspection Directorate in the Ministry of Agriculture and Meat Producers & Exporters Association will communicate with the relevant regulatory bodies in UAE to resolve the situation, said Haileselassie Weres, director of the Meat & Dairy Industry Development Institute. Abebaw Mekonen, secretary general of Meat Producers & Exporters Association, declined comment saying that the association is yet to look into the matter. The six exporters whose meat exports were rejected along with Halal’s also declined to comment, saying that their Association will issue a statement on the ban.