By Caline Malek – The National

ABU DHABI // Ever struggled to find in-season chamoe or hallabong for a fruit salad at your local supermarket? Or maybe you 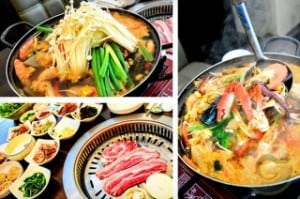 were planning to make some bulgogi or dak galbi but couldn’t find the proper meat. Well, that could soon change with plans to increase food imports from South Korea.

The Asian country is adopting the Emirate’s halal certification system, which officials hope will act as a catalyst for the trade in animal products and have a knock-on effect for other food produce.

“The UAE halal certification programme will be introduced in Korea,” said Kwon Hae-ryong, South Korea’s ambassador, at the opening of a new Korea Agro-Trade Centre office in Abu Dhabi. “I hope Korean agricultural produce will be popular in the UAE in the near future.”

Two years ago, the Halal Development Council called for a unified local and regional certification body because different standards around the world confused consumers and authorities and obstructed trade.

The new centre will exchange information about halal certification with the Emirates Authority for Standardisation and Metrology (Esma).

“There is a lot of trade between the Middle East and Korea,” said Dr Kim Jae-soo, president and chief executive of the Korea Agro-Fisheries and Food Trade Corporation. “There is also a demand for Korean products and it’s increasing year by year.”

South Korea and the UAE have collaborated in energy, defence, security, education, culture, healthcare and agriculture since the 1970s.

“It is expanding rapidly,” Mr Hae-ryong said. “When our president visited last March, we signed an agreement on agricultural cooperation and halal food cooperation. This [centre] is the first step for implementation.

“This [centre] will allow us to have awareness of the halal food, industry and certification system here,” he said. “We are developing our halal food industry in Korea to then hopefully export agricultural produce.”

The UAE imports about 90 per cent of its food. Opening up another source of imports will allow the Emirates to diversify, avoid shortages and help to meet growing demand.

“The UAE is a multicultural country,” said Salim M?A, director at Lulu Group International. “This is the best place to try out new food. We already have Korean products in our supermarkets but with this office opening it will help us get more variety. People are always in search of new foods.”

“Korea has four seasons and people never import from there,” he said. “They import apples from China but the quality isn’t the best.”

Humaid Al Hammadi, president of the Emirati-Korean Friendship Society, said the office would deepen relations between the countries.

“I visit Korea often and I really enjoy the food. Some of my favourite products are Korean pears, strawberries and sweet melons. These things, if introduced here, will give people a chance to like it,” he said.

“In the past five years, people didn’t know much about Korea and its products but, nowadays, we’re finding kimchi in some supermarkets. Once the supply chain is made more halal friendly, they’ll have a big market in the region because the UAE is the gateway to the Middle East.”