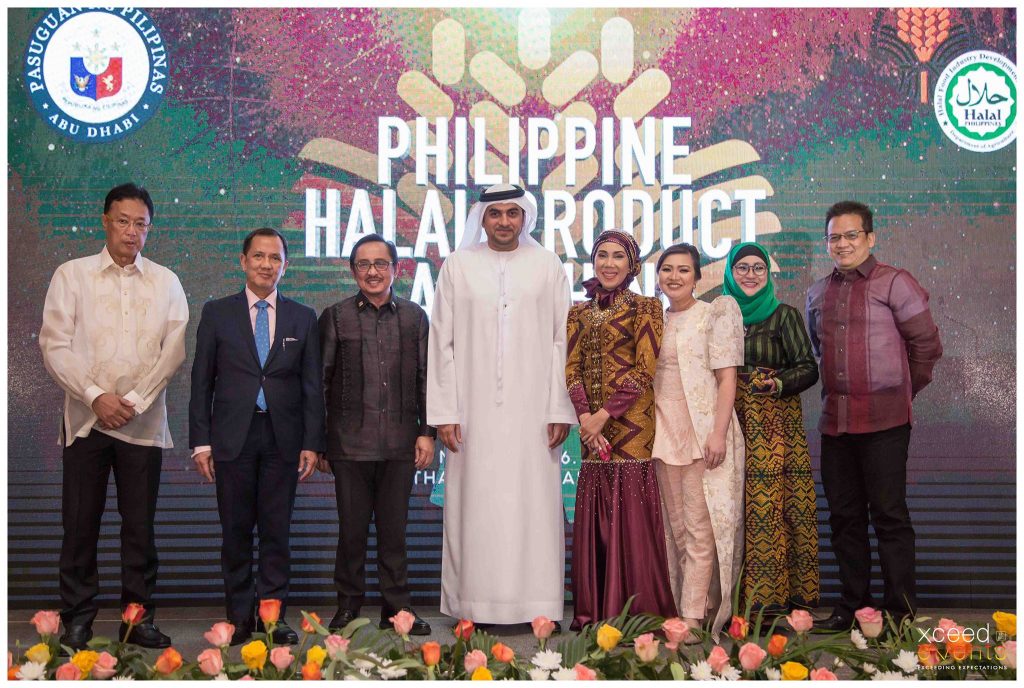 ‘The halal program is classified as a flagship project of the Philippine Dept. of Agriculture with an initial proposed budget of Ph44.63 million’

ABU DHABI – Overseas Filipino workers planning to return home for good just got one business proposition to think about – and halal is the word.

The UAE and Philippines are expected to sign a memorandum of understanding (MOU) before yearend that will create a government agency back home authorized to certify halal products for the emirates.

This according to H.E.Abdulla Abdul Qader Al Maeeni, general manager of the Emirates Authority for Standardisation and Metrology (ESMA), who indicated that both parties  were in the process of ironing out salient features of the MOU to ensure smooth implementation.

“The accreditation body in the Philippines will do the halal-certification on our behalf,” Al Maeeni told The Filipino Times at a Nov. 6 dinner road show set up by the Philippine Embassy in Dusit Thani’s Onyx Ballroom for a delegation from the Philippine Department of Agriculture (DA) led by lawyer Ranibai D. Dilangalen, undersecretary for special concerns.

Asked when he expects the agreement to be signed, Al Maeeni said: “Soon…before the year ends. We are trying to harmonize our standards so that there will be just one certification process.”

Talks in connection with the MOU started this year, according to Dilangalen, who said she was hopeful it is signed soon. “ESMA is really supportive,” she said. “I think they will fast-track the process.”

Dilangalen said “trading will begin” once the MOU is signed.

Meantime, Datu Hj Abul Khayr D. Alonto, chair of the Mindanao Development Authority (MDA) who was also with the delegation, said they will also invite Arab investors to explore the feasibility of setting up halal operations in the Philippines.

“We will arrange a one-stop document processing center for them. We will eliminate red tape so they can operate in partnership with our local authorities,” he said.

In her power point presentation to business leaders present at the event, Dilangalen said the government has laid down legal and physical infrastructures to kick start the halal industry, having put in place the Philippine Halal Export Development and Promotion Act of 2016 which created a board composed of nine departments and agencies led by DA that, for its part has established a working framework.

Dilangalen said the halal law’s implementing rules and regulations was approved on July 26, 2017 by the DA-led Halal Board even as a resolution is already being circulated among members of the body’s executive committee to endorse a 10-year roadmap to Agriculture Secretary Emmanuel “Manny” Piñol for his approval. “Once finalized,” Dilangalen said,  “the halal program will be treading on a smooth implementation guided by the 10-year roadmap.”

The halal project has been classified as DA’s banner program with some Ph44.63 million ($870,000) having been proposed as initial budget in the 2018 General Appropriations Act.

Dilangalen said DA is also currently working to open “halal multiplier farms” for deserving beneficiaries with each farm comprising of either beef cattle, goats or poultry.

Citing statistics presented during the 12th ASEAN Working Group on Halal Food at the Manila Hotel in May last year, Dilangayen said the global halal economy is pegged at $2.3 trillion of which halal food makes up around $700 billion.