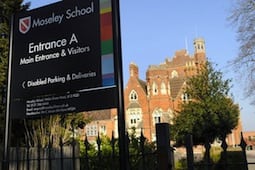 The parent, whose son is now on packed lunches, added: “We don’t know what was actually served. Non-Halal is a very ambiguous term.

“They have not explained what it means but we doubt we are going to get answers.”

An inquiry was launched on December 18 by the city council after concerns wereraised by the school.

A head teacher has apologised to parents after admitting his Birmingham school served non-Halal food to Muslim pupils.

A member of staff at Moseley School, in Wake Green Road, has been removed from their post following an investigation into the ‘unintentional error’.

Council catering staff had wrongly dished up the non-Halal food to Muslim pupils on December 12, but details have only just come to light.

On Monday parents received a letter from Craig Jansen, head of the 1,400-pupil secondary school and sixth form, in which he apologised unreservedly for the incident.

The controversy comes as the country is still in the grip of the horse meat scandal, which last week saw Staffordshire County Council withdrawing beef from its school menus as a precaution.

One furious Muslim parent, whose son attends Moseley School, said of the Halal error: “I was shocked – they have failed the children.

‘‘How did this meal get into the school system to be fed to the children?

Halal foods should not include pork or pork by-products, animals that were dead prior to slaughtering, blood or blood by-products or birds of prey.

She added: “This was found to be due to an error and was unintentional, nevertheless, Direct Services has failed to ensure the integrity of Halal-only food at Moseley School.”

The report went on to say that a disciplinary hearing took place on February 11 and a member of staff had been removed from the school.

Ms Walker said Direct Services catering staff would be fully retrained and signs would be displayed to indicate Halal food.

A robust procedure and double checking system would also be implemented for the ordering of Halal function/special events within the school, according to the findings.

The council’s Direct Services is also planning an open afternoon at the school at which staff and suppliers will be present to answer any questions from parents, who can also sample food products.

A Birmingham City Council spokesperson told the Mail: “We of course apologise for any concerns this has caused.

‘‘We do have robust procedures in place and the caterer successfully provides thousands of meals daily to schools.