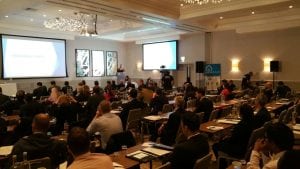 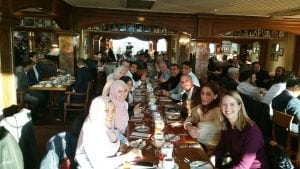 HHIC 2017 had industry experts, delegates and leading halal certifiers from Ireland, Spain, The Netherlands, Germany and Belgium. At the end of Day 1, the event hosted a networking dinner sponsored by the KFC which was attended by industry leaders and international participants of the HHIC 2017.

On day 2, HHIC also had the privilege of having participation from the Food Standards Agency (FSA), British Poultry Council, Birmingham City Council, London Borough of Brent and Price Waterhouse Coopers, Malaysia to enlighten the industry on enforcement, food regulations, food fraud and mislabeling.

HFA has been proudly bringing the series of HHIC on an annual basis to the food industry since 2015 and with the success of this third event in a row has now enriched itself as an established halal industry platform from both food and meat industry’s perspective in the UK and Europe.

“Organising HHIC annually is a part of our ongoing commitment to keep the UK and European food industry well informed, aligned, connected and pro-active to maximise the opportunities and overcome challenges”, says Saqib Mohammed, the CEO of the HFA.

The Chairman of the HFA, Dr Abdul Matin Khan also called for more collaboration and sharing of expertise through these events to promote halal industry that is rapidly growing internationally.

HFA thank all supporters, event sponsors and delegates who came together to make the HHIC a success, again.