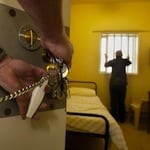 A Northern Irish company has been identified as the source of halal food found to contain traces of pork DNA.McColgan Quality Foods Limited in Strabane, Co Tyrone, insisted swift action has been taken to identify and isolate the products which are supplied to the UK Prison Service.In a statement, a spokesman said the company was co-operating with the Food Standards Agency following the discovery of trace elements of porcine DNA in a number of halal-certified pastry products.

“McColgan’s has already taken swift measures to identify, isolate and withdraw all of the products which are supplied to the Prison Service while an investigation to determine the circumstances surrounding this deeply regrettable and unforeseen incident takes place,” the spokesman said. “McColgan’s is keen to stress that at no point has pork of any kind been included in the recipes of any of the halal-certified products it supplies.”

Muslims are strictly forbidden under Islamic law to eat pork.

McColgan Quality Foods is certified by the Halal Food Authority to prepare halal products. According to its website, the company’s customer base includes popular supermarket brands Lidl, Spar, Nisa and Costcutter.

UK-based food distributor 3663, which supplies food to prisons, identified McColgan’s as the source of the contaminated meat. It confirmed that all halal products from the manufacturer had been withdrawn from its supply.

3663 – the numbers in the name corresponding to the letters “FOOD” on a telephone number pad – is contracted to distribute a wide range of products including ambient, frozen, fresh and chilled foods to the MoJ, all sourced from fully accredited and approved manufacturers and producers.

Following the horsemeat scandal, 3663 recognised a potential connection between a halal beef producer mentioned within the FSAI (Food Safety Authority of Ireland) report and a supplier of halal savoury beef pastry products stocked for the MoJ.

3663 informed the MoJ of the potential connection as a precautionary measure, then took the decision that these halal savoury beef pastry products should be quarantined to prevent their use pending DNA testing. 3663 initiated DNA testing on multiple production batches of the halal savoury beef pastry products from McColgan and received evidence that within the products tested there were traces of porcine protein.

In a statement, the company said: “3663 would like to clarify that the very small number of halal savoury beef pastry products that have been withdrawn from supply were only ever distributed to custodial establishments.”

The food distributor said it was “shocked” by the discovery of pork DNA in the halal products, describing it as “wholly unacceptable”. It claimed it had recognised a potential connection between a halal beef producer mentioned within a FSAI (Food Safety Authority of Ireland) report and a supplier of halal savoury beef pastry products stocked for the Ministry of Justice. It informed the MoJ of the potential connection as a precautionary measure, then went on to quarantine the halal savoury beef pastry products pending DNA testing.

It is understood McColgan Quality Foods supplied halal products only to 3663 and no other company, and it is only prisons in England, Scotland and Wales that received the products from 3663. Prisons in Northern Ireland do not receive halal products sourced from McColgan’s. No other McColgan products are subject to any official investigation at this time.