By Therese Jamora-Garceau (The Philippine Star) 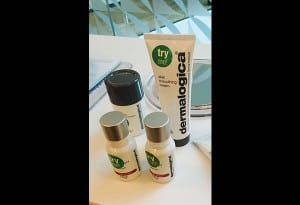 Murad and Dermalogica in its bid to build a strong portfolio of prestige brands.

We met Jope in London, where the company is headquartered at Unilever House, located on the site of Henry VIII’s former palace overlooking the Thames.

Over the course of two days, the personal-care giant acquainted us better with its most iconic brands like Dove, Vaseline and Pond’s.

In the Philippines, Unilever’s top-selling brand is the homegrown Cream Silk (known globally as Sunsilk), which accounts for 68 percent of the company’s local revenue, according to Unilever Philippines’ head of PR Apples Aberin. Not bad for a brand based solely around hair conditioner.

Jope said that in acquiring prestige brands, Unilever considers strategy, price and timing. “The order of importance is timing, timing, and timing,” he amended, citing skincare brand Dermalogica. Founders “Jane and Raymond (Wurwand) put 30 years of their life into it. Company values are also very important.”

While Unilever wants to play in the arenas of prestige skincare and hair care, they don’t plan to pursue fragrances or color cosmetics. “They’re not profitable markets,” Jope admits. “Prestige fragrances have been declining globally.”

“Men shop completely differently from women,” notes Jope. “They’re more emotional, less rational. They shop first by brand, then the product, whereas women are the reverse: they have different brands on their dresser.”

Consequently, Unilever’s bestselling line is Dove Men + Care, which the company is rapidly growing, as well as other masculine brands like Axe and Clear.

In the USA, male grooming is the fastest growing personal-care category, confirms Chet Henderson, Unilever’s VP of Insight, Personal Care. “Men like to wet and style their hair in the morning, and use their hands as styling tools,” Henderson said. “Most shampoo and wash their hair every day, and half have tried styling products, while 15 percent use styling products regularly.”

Digital e-commerce is another source of growth for the company, as well as platforms like All Things Hair, a YouTube channel where local influencers give tips on hairstyling and care using Unilever haircare brands. At present, it’s the most-viewed YouTube channel with 175 million viewers and 650,000 subscribers.

With “masstige” brands like Lux, Tresemmé, Toni & Guy, Bedhead, and TIGI, in five years Unilever’s market share rose from 6.5 to eight percent. Two out of three families in the world use a Unilever product — 38 billion euros’ worth — and Asia is their biggest market, followed by North America, Latin America, Europe and Africa, notes Jope, who is based in Singapore.

Skin cleansers and deodorants are their biggest businesses, followed by hair care, skincare and oral care.

“Our vision is to be the best personal-care business,” Jope declared.

To do that, the company strives to provide a constant stream of product innovations that will excite their markets. Chief R&D officer David Blanchard says Unilever invests a billion euros in R&D every year, with 300 scientists on the payroll. They’ve worked with 100 universities, published 800 papers, and possess a strong patent portfolio.

Dove, for example — one of the most talked-about brands in-house for its progressive technology coupled with campaigns to empower women — revolutionized the skin-cleansing industry with its ultra-mild formula of 1/4 moisturizing cream in its beauty bars, followed by body washes.

“Fifty percent of dirt is part of your skin!” revealed Jason Harcup, Unilever’s global VP for personal care research. “Cleansers can’t tell, so they leave skin tight, dry, and red. Dove pioneered a different approach to cleansing, replacing the fatty acids being leached away while cleansing the ‘soil.’” Fresh from attending the World Congress of Dermatology, Harcup said that dermatologists trust Dove. “It’s the No. 1 dermatologist-recommended bar and wash.”

Blanchard said Dove plays the same trick on hair, too. “Damaged hair is leaky so we repair it at the cellular level into the hair fiber itself, making it smooth and unbreakable.” As proof, a violinist playing with a bow strung with Dove-treated human hair greeted us at the interactive product demos.

We learned how many Unilever innovations cross categories. For example, patented fragrance capsules that burst when rubbed, releasing extra fragrance, have made their way from Rexona deodorants to Lux skincare to Sunsilk hair care.

“In 2014, we launched Lux body wash with fragrance capsules that release fragrance up to 12 hours when touched, in the shampoo and haircare category,” Harcup said. “Normally, as hair dries, the fragrance decreases. Sunsilk’s use hair capsules that provide a burst of freshness into the next day, so you can have fresher-smelling hair longer.”

Ubiquitous in Unilever’s ad campaigns, office walls and even cosmetic bags is the company mantra “People are beautiful.” In trying to understand individuals better, the company spends over 70 million euros a year studying cultures in over 90 countries, conducting half a million face-to-face conversations, and testing a quarter of a million consumers to gain insights. They try to understand shoppers’ habits and reactions to shelf layouts. They screen over 700 new product ideas with consumers. They analyze 100,000 social media posts a day.

In the biggest survey on women’s attitudes to beauty yet, Dove found that in countries where water is scarce, like India and Turkey, hair washing is limited to shampooing, then adding oil afterward for shine. In Japan, meanwhile, the most sophisticated haircare market in the world, over half of Japanese women use four to nine products on their hair every day.

They found that, compared to women in other countries, Indian women are the most satisfied with their hair, while the per-capita consumption of the Japanese, on the other hand, is almost 50 times that of India and double that of the USA.

Dove’s beauty study resulted in the Self-Esteem Project, which boosts confidence in young girls through workshops and education. Before dinner the first night we went through a Dove Gallery, which displayed all of the brand’s research on female beauty, and some of the statistics were shocking. Only four percent of women are prepared to describe themselves as beautiful. Nine out of 10 young girls want to change at least one aspect of their physical appearance. More than six out of 10 girls around the world will withdraw from social activities, education or hobbies because of concerns about the way they look.

“It’s a terrible thing, and social media has made it much worse,” observes Steve Miles, Unilever’s global SVP for Dove, who showed us a film Dove made a couple of years ago about the trend of teens and tweens posting videos of themselves and asking viewers to rate their looks: “People say I’m ugly. So tell me, am I?” pleaded one young girl.

To combat this heartbreaking trend, since 2004 has run self-esteem workshops for girls, and set up an advisory board with psychological experts to provide rigorous programs. “We want them to work and make a difference,” Miles said.

Doubling in size, reducing the footprint

With 70-percent growth coming from responsible products, which grew twice as fast among personal-care brands, Unilever wants to double its size but halve its environmental footprint by 2020.

“Consumers are changing, too,” Unilever’s global VP for Sustainable Business Karen Hamilton informed us. “Millennials are twice as interested as Gen-Xers and four times as concerned as Baby Boomers about sustainability, and it’s having an effect on what people buy.”

Paul Howells, VP of R&D Packaging, showed us how Unilever is compressing its deodorant aerosols and using three-layered bottles to decrease plastic use. Not only does this save on packaging aluminum and plastic (80 to 27,000 tons of plastic saved if used by all Unilever brands), it also reduces truck transport and gas costs.

“We make this technology available to all our competitors,” Howells said.

Leveraging the trends of tomorrow

Unilever was founded in Liverpool, England, in 1884 by Lord William Hesketh Lever, whose founding vision was to make cleanliness commonplace, and to tackle cholera through a bar of soap. The result was Lifebuoy, Unilever’s No. 1 antibacterial soap worldwide.

“We’re building a business based on care,” said Sara Vaughan, Unilever’s VP for global communications. “Our DNA is purposely not a beauty company. We’re changing lives, saving lives, which makes us bigger than beauty.”

The company is now capitalizing on future trends like how science is evolving towards epigenetics to optimize DNA in the quest for longevity. Harcup recounted how Harvard professor David Sinclair reversed aging from a 60-year-old to a 20-year-old by affecting the communication at work in the body — the messages sent from the control center to the energy supply. “It mirrors what we’ve done,” Harcup claims. “By sending positive messages, we can roll back skin darkening, like in Pond’s White Beauty Day Cream with SPF. Getting receptors to ‘hear’ positive messages better. Using PPAR technology for eye wrinkle reduction. Dove True Tone removes dark marks from underarms after 10 days. The same technology is in Clear Men, which works on scalp skin. In its Collagen Renew pills, Ioma increases collagen by 25 percent. Iluminage features the first FDA-approved anti-aging device at home. For about US$250, Iluminage promises an 87-percent reduction after 12 weeks of use.”

It works in the oral cavity, too, in toothpaste such as Unilever’s Regenerate, which promises to stop erosion and instead regenerate tooth enamel.

With science going in such a direction, not only will scientists be able to prolong people’s quality of life, someday they may even unlock the secret to immortality. If they do, you can bet Unilever will be there.