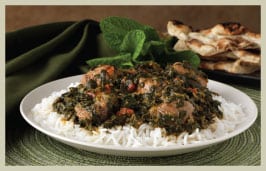 If you’ve heard of the halal food brand Saffron Road, it’s probably because you’ve seen it on the shelves of your local Whole Foods (WFM), or because you remember a controversy from 2011. That summer, Whole Foods ran a small campaign that promoted Saffron Road as Ramadan approached, prompting a handful of bloggers to complain that the national chain shouldn’t be promoting a Muslim holiday. Whole Foods stood by Saffron Road, and its founder Adnan Durrani went on CNN to decry anti-Muslim sentiment, resulting in some welcome exposure for his brand.

The incident helps explain why food companies aren’t aggressively courting the U.S. Muslim market. Multinational food brands and fast food chains doing billions in halal sales globally are “hesitant to openly associate themselves to be marketing to the American Muslim,” says Faisal Masood, who organizes the annual American Muslim Consumer Conference. Yes, there are a handful of exceptions: Crescent Foods sells halal meat in Wal-Mart (WMT) and in specialty food stores, with a focus on the greater Chicago area, and Costco (COST) stocks halal meat from Australia and New Zealand.

For Durrani, 53, a Pakistani-born Muslim who was raised in the U.S. and became an Eagle Scout, a national brand makes sense: “American Muslims are more brand-conscious, they connect to cultural ads, they have high education,” he says. “It’s really a marketer’s dream.” He says he got the idea for the business about a decade ago when he noticed that U.K. supermarket chains such as Tesco (TESO) and Sainsbury (SBRY) were dedicating whole aisles to it.

Estimates on the size and buying power of the U.S. Muslim consumer market vary widely. The Pew Research Center reported that there were 2.75 million Muslims in the U.S. (PDF) in 2011. Research firm DinarStandard indicates that a number from 5.8 million to 6.7 million is a conservative guess and estimates that U.S. Muslims spend $13 billion annually on food. Sabrina Malik, account director for Ogilvy & Mather’s (WPP) Islamic branding practice, Ogilvy Noor, says the U.S. Muslim grocery spend is more likely in the hundreds of millions.

Durrani launched American Halal, Saffron Road’s parent company, in 2009, and landed his first national distribution deal to sell frozen Indian and Pakistani meals at Whole Foods in 2010. He says it’s now in more than 100 retailers, including A&P, Kroger (KR), Publix, and around 6,000 stores. Durrani says the eight-employee, Stamford (Conn.)-based company had about $10 million in sales last year and expects to double the figure in 2013. That should delight the company’s private investors, some of whom invested previously with the natural foods pioneer. (Durrani founded Vermont Pure, which later merged with Crystal Rock Water (CRVP), and was a principal investor in organic yogurt maker Stonyfield Farm (BN) through his venture firm, Condor Ventures.)

Saffron Road has expanded its product line to include Middle Eastern and Thai cuisine and has moved beyond frozen food to broths and dried snacks. Now the company is dabbling in Korean food. An unwieldy mix for a company targeting Muslim consumers? Durrani says his long-term goal is to bring world cuisine to U.S. supermarkets.

To that end, he says the company’s packaging has the word ‘halal’ printed all over it, but doesn’t contain a single letter of Arabic. “The way we communicate on the package is: certified humane, 100 percent vegetarian-fed, antibiotic-free,” Durrani says. “Those are the traits that [attract] consumers to our brand.” In other words, he wants to get health-conscious consumers to buy his food—whether or not they’re Muslim.