Following an inaugural festival in 2018 that attracted over 17,000 attendees, I Heart Halal will increase its footprint by 50% at Navy Pier (with the addition of Festival Hall B) and feature an expanded food court that will showcase restaurants throughout the city. Plus, three Lettuce Entertain You Enterprises restaurants at Navy Pier, including Frankie’s Pizza by the Slice, Big Bowl and Big City Chicken, will be serving up halal-prepared foods throughout the weekend, starting Thursday, April 11 through Sunday, April 14, 2019.

“We’re excited for our locations at Navy Pier to participate in the I Heart Halal festival,” said Kevin Reynolds, Executive Partner, Lettuce Entertain You Enterprises. “We’ve taken all the proper steps to participate in the halal event as well as ensuring our kitchens are halal-certified for the weekend, and now we’re excited to serve our chefs’ creations to the halal community.” 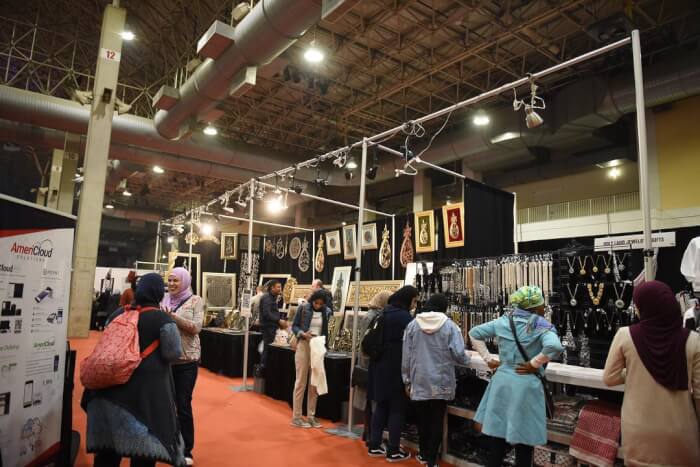 “Partnering with three local Lettuce Entertain You restaurants is a step forward in positioning Chicago as a welcoming city that can be relished by people from all walks of life,” said Salman Chaudry, festival co-founder. “Given Lettuce Entertain You’s fantastic reputation amongst our foodie-focused town, this collaboration helps place halal cuisine in the ‘mainstream,’ to be seen as a delicious, nutritious option as opposed to a dietary restriction.”

For the second year, I Heart Halal will serve as a welcoming space for thousands of Chicagoans and visitors who will have the opportunity to eat, shop, and civically engage with halal ideals. Attendees of all ages can enjoy a robust slate of programming including the only high-end Modest Fashion show in North America, headline celebrity entertainment, a Grand Bazaar of merchants, a Kids zone, and a myriad of nationally-recognized expert-led cooking, beauty, and health & wellness demonstrations. The full festival program will be announced in March.

“I Heart Halal is thoughtfully curated to nourish the mind, body and spirit of the attendee, and it was incredibly rewarding to witness such a diverse crowd congregate at the inaugural festival to experience that,” said Asma Ahad, festival co-founder. “While last year’s event was a huge success, it was also a learning experience that has informed this year’s planning which is sure to result in an even more enriching experience for all.”

The I Heart Halal festival is produced by the Chicago-based not-for-profit Islamic Food and Nutrition Council of America (IFANCA)® which, for more than 30 years, has been connecting halal consumers in North America and around the world to everything that’s good – and to the businesses who make it. IFANCA’s clients include corporations such as Coca-Cola, Nestle, Organic Valley, Abbott Nutrition, and Saffron Road.

The American Civil Liberties Union of Illinois is a proud partner of the I Heart Halal festival. Part of its core beliefs is to promote multiculturalism, build communities, and help ensure that everyone has a chance to be a meaningful part of the American landscape. Additional partners include WBEZ Radio and Vocalo, State Farm, and Organic Valley.

“Halal” means permissible according to Islam, but among Muslims today, it means so much more. Halal products are those that are good, wholesome, healthy, and nutritious. They may be ethically sourced and produced, cruelty-free, vegan, vegetarian, or organic. Beyond halal products are halal actions. To “live halal” instead is to choose a life that is authentic, where one’s actions express one’s own values in today’s world.

According to a recent joint study by Mastercard and Crescent Rating, the number of Muslim travelers has grown nearly 30 percent since 2016, and over the next decade, that sector’s contribution to the global economy will jump from $180 billion to $300 billion, revealing the importance of making Halal mainstream as a means to attract a population that is one of the fastest-growing demographics on the global tourism scene.

American Muslims have an annual buying power of $98 billion. However, halal has a broad appeal beyond the Muslim consumer and the size of the halal economy is much greater. Examples of halal expanding beyond traditional confines and gaining traction in the mainstream are Halal Guys, Saffron Road, and Organic Valley.

I Heart Halal hours & ticketing
I Heart Halal will feature three full days of sights, sounds and events appealing to people who want to experience the halal lifestyle, Friday – Sunday, April 12-14, 2019, details to follow. A complete program schedule will be announced in March. For updates on the I Heart Halal festival, including access to Early Bird priced General Admission tickets, please visit IHeartHalal.com as well as Facebook, Twitter, and Instagram.