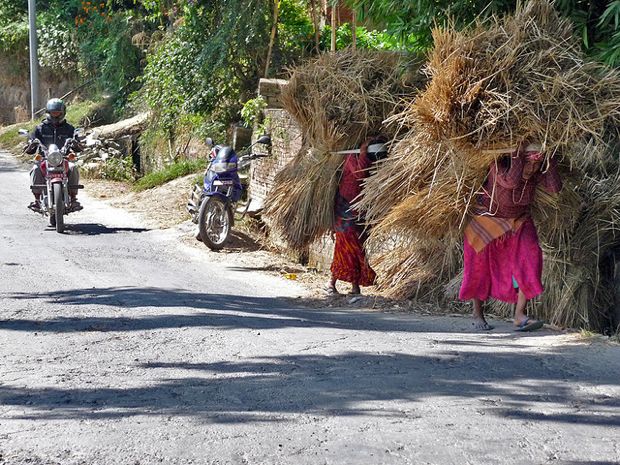 The United Nations’ Food and Agriculture Organization (FAO) released its 2011 State of Food and Agriculture (SOFA) report this week, just in time for today’s International Women’s Day. The report illustrates how better investments in female farmers would prevent malnourishment in 100-150 million people, because of the ways women are likely to allocate resources in a food-shortage-threatened world.

“The report shows the hard economic numbers behind a message we’ve known for a long time, which is that women are crucial for agricultural security,” SOFA editor Terri Raney tells Fast Company.

And as climate change-induced floods and distorted weather patterns put farmers and food security at increasingly greater risk, as Fast Company has reported on extensively, including causing a wave of 50 million climate change refugees, the message from the report is likely to hit home across the developing world.

“The takeaway message is that gender equality is not just a problem for women or for NGOs to deal with. It’s a problem for entire countries–their rural economic development and agricultural security, ministers of finance, the entire state apparatus, and the private sector,” says Raney.

In 2009, the number of undernourished people was over one billion people. That number is decreasing, but still hovers at about 925 million people.

Now, says Raney, “We can actually reduce the number of people who are malnourished.”

So hope is not lost. There are a number of innovative initiatives that help support women and their productivity in agriculture. Tanzania, for example, has rolled out a policy whereby women must serve on local knowledge councils, ensuring that female farmers are represented, have a voice in land decision processes, and have greater access to farming land. In parts of South Asia, female self-help groups enable female farmers to pool their resources together, access credit, and better market their products.

“We know the issues are complex,” says Raney. “There’s no single solution. Each situation is different. But when women have the resources, knowledge, and voice to make their own decisions about their own lives, you get better results for women, children, and for society at large.”