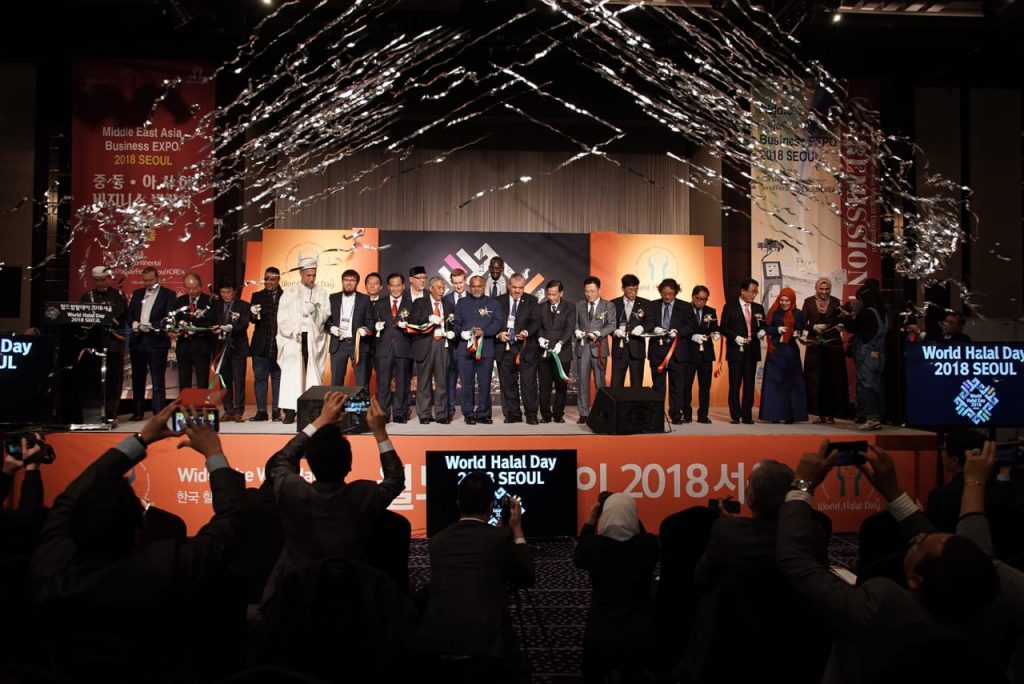 World Halal Day aims to create an in-depth understanding on Halal and to enhance the industry. It also aims to raise awareness on current issues related to the Halal economy and how to address them, the conference hosted in Seoul Korea encouraged Korean Products including food, cosmetics, pharma, medical equipment to go Global specially with Muslim Countries.

World Halal Day also aims to put Korea in the map of Muslim Friendly destinations in the world.

Indeed, the digitalisation of halal travel is poised to drive the sector forward, boosted by the customisation of tour packages as halal travel companies harvest insights from data analytics. Muslims spent US$177 billion on travel in 2017, and the number is projected to reach US$274 billion by 2023.

World Halal Day  provides “a good platform” for the key players in the Halal market, as well as international gurus and leaders of the industry to explore the huge potential of Halal industry and the creative yields of its market through B2B meetings.

The halal market is growing rapidly, reaching $4tn worldwide. World Halal Day 2018 Seoul attracted leading institutions , 85 local and international exhibitors, 53 country delegations representations, and many international and local buyers and distributors. Together we are expecting business of 250 million dollars generating from different business MOU to be signed and take place.

Mohamed Jinna, founder of United World Halal Development, the founder of World Halal Day, said in his opening remarks, “World Halal Day aims to develop a deep understanding of the Halal and the development of the industry, as well as to raise awareness of issues related to the Halal economy and discuss how to deal with them. ‘Middle East • Asia Business Expo 2018 Seoul’ is a part of the event for World Halal Day 2018 Seoul, where Korean products such as food, cosmetics, pharmaceuticals and medical equipment will go to the world with Muslim countries. I hope that the World Halal Day will be an opportunity to show Islamic culture to Korea.”

As a pioneer of alternative business strategy, Jinna has had a vision to lead society change since the late 2000s. According to him, Muslims actually spent $ 177 billion on the Halal trip in 2017 and are expected to reach $ 274 billion by 2023. The ‘Middle East • Asia Business Expo 2018 Seoul’ is attended by a number of people including Jinna Chairman, who will be holding a fair that will provide international leaders and industry leaders with a good platform for the international market.

On the evening of the first day of the ceremony, the buyers and companies from all over the world participated in the business meeting at the evening dinner hosted by AdipoLabs Co., Ltd. At this spot, AdipoLaps Co., ) And focused on the clinical effects and product introduction.