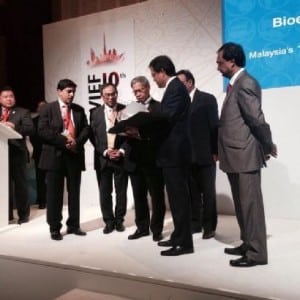 There is a huge gap between demand and supply in the industry as only a number of countries are exporting halal products now, as compared to the global demand from 1.8 billion Muslims.

BiotechCorp in a statement said it co-organised a session on the interrelation between halal and bioeconomy with AJ Pharma Holding and the Halal Industry Development Corp (HDC) on the second day of the Forum.

The session focused on the area of food security and improvements in healthcare, it said in a statement.

“Halal in bioeconomy is as an encouraging factor towards improving healthcare.

“A concerted effort can further drive the development of the halal pharmaceutical industry, particularly in developing new and improved vaccines, novel therapeutic drugs, and wider range of halal compliant pharmaceutical products,” it added.

Malaysia is the first country in Asean and the second in Asia to have adopted the bioeconomy initiative through the implementation of the Bioeconomy Transformation Programme (BTP) launched in October 2012.

The BTP has targeted investments of RM50 billion, creation of 170,000 new jobs and a Gross National Income of RM48 billion by 2020.