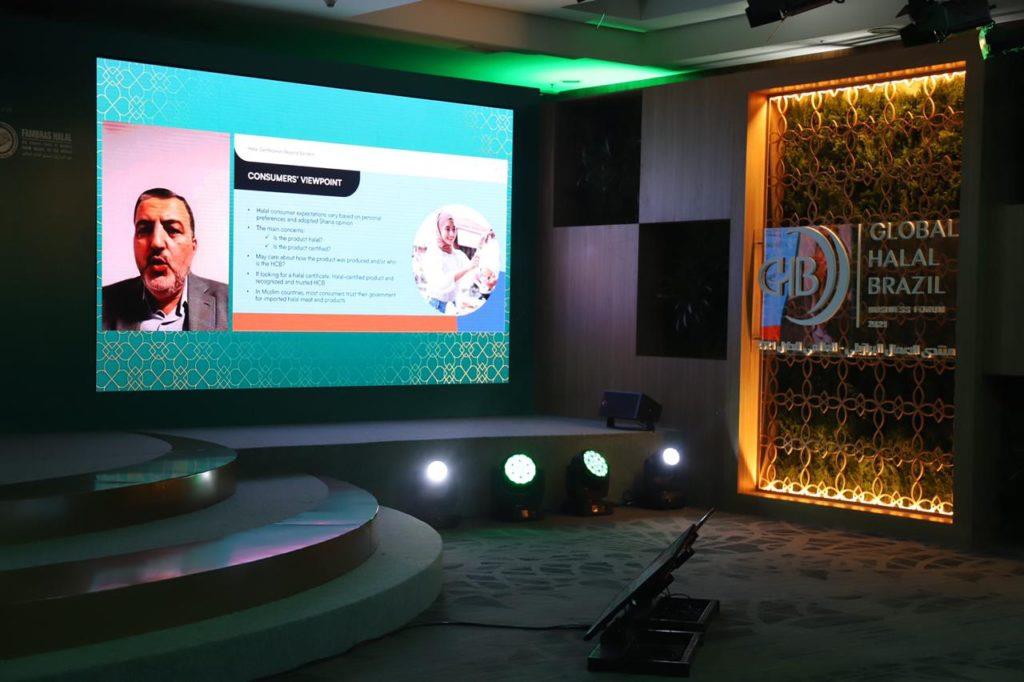 São Paulo – Halal certification beyond borders was the topic addressed by the keynote speaker of the second day of the Global Halal Brazil business forum.“Unified global halal standards have become an imperative for Muslims and the world,” Saeed Hayek (pictured above), Quality manager of the Islamic Food and Nutrition Council of America (IFANCA), said.

Participating remotely, Hayek stressed that most authorities in the halal world don’t allow certification beyond borders.“It’s strange to think that authorities can’t agree on a unified standard. They can’t reach a common understanding. But when it comes to cross-border certification, they tend not to accept. Authorities should focus on meeting halal requirements in terms of quality and not restrict to borders,” he argued.

The executive believes the barrier in unification may come from a matter of security but that from the consumer perspective, cross-border certification is well-accepted.

Hayek believes a unified standard would cut costs and raise efficiency.“We saw manufacturers ceasing to be halal due to the complexity. Having to be certified by five different entities is just too much. They seek secrecy first. If each country requires something different, information could leak,” he said.

The benefits of unification would include a uniform training across all teams, more familiarity for certifiers and a higher consumer trust.

The executive points out that in a globally organized chain like we got today, unified standards are the way to trace each and every part of a product.“We’re in globalized world. We trace products from farm to table. In halal we also must create international recognition. This is what will allow us to trace it from farm to table,” he finished, adding that unification is not restricted to food, as it encompasses cosmetics, personal care items, medicines, personal products, and household goods.

In the panel“Accrediting and Regulating Bodies -Gulf and Asia,” the issue of standardization was also the topic. Accrediting bodies recognize that certifiers can issue halal documents for companies across the world.“Standardization is very important for the whole world. We could talk about it for hours,” Nizar El Ghandour, International Relations director of FAMBRAS Halal, who moderated the talk, said. 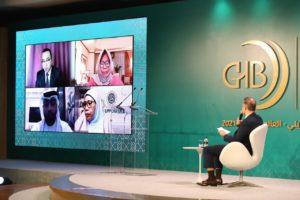 Panel closed the second day of the hybrid forum

Abdulla Al Ali, head of the Registration section at the Emirates National Accreditation System affiliated with the Ministry of Industry and Advanced Technology of the United Arab Emirates, also mentioned the importance of bringing together entities to reach a global model.“Key to achieve harmonization is focusing on the strengths,” Ali said.

Bringing the perspective of Asian countries, Muhammad Naim Mohd Aziz, senior assistant director of the Department of Islamic Development of Malaysia (JAKIM), talked about the initiative of the institution that worked on introducing halal certifications into the region.“It’s been over 40 years since the beginning. We are entering a digital era now, with a burst of industrial revolutions. Everything now depends on fast and accurate information access,” he pointed out.

Azis believes monitoring and improving processes is essential.“Our role will include a continuous improvement, taking into consideration the need for an industrial revolution. We have to keep revisiting policy-making and thinking on how we can better maintain this system,” he said.

Muti Arint, executive director of international accrediting body LPPOM MUI, spoke from Indonesia. The executive explained how the non-governmental organization works with over 60 institutions in her country.“We’ve implemented halal-based digital certification in Indonesia. We’re supported by more than 1,000 auditors and representatives overseas. We cooperate with 44 certifiers from 26 countries, as well as a certified halal lab,” she said on the investments in technology that the entity has made.

Amnah Shaari, vice president of Arab Malaysian Chamber of Commerce and CEO & founder of Serunai Commerce Sdn Bhd, also believes the industry must take the course of more technology and collaboration.“As someone from the private sector, we hope to see a higher cooperation at a global level,” she said.

In Malaysia, an app is already used to make information available to the consumer, the executive explained. Shaari expects that initiatives like this could be better used with a universal system.“Having a standard is key. We know that the system was created this way because we have so many different cultures in the Muslim world. [Standardization] is very important because we all must accept a new ingredient that comes in. Having more cornerstones of standards for medical devices, for example. This would bring a greater acceptance from the public,” she finished.

The forum runs till Wednesday (8) with the support of the Brazilian Trade and Investment Promotion Agency (Apex-Brasil), BRF, Pantanal Trading, Portonave, and Iceport. It is hosted by journalist Renata Maron. The event can be watched on the its website or the ABCC’s YouTube channel. It features translation into Portuguese and English. The event is held by the Arab Brazilian Chamber of Commerce and the Federation of Muslim Associations in Brazil (FAMBRAS Halal).