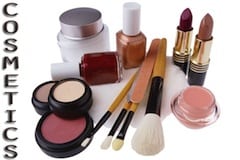 The demand for Halal cosmetics has witnessed a recent upsurge, as Muslims around the world become more aware that a majority of products available in the market are non-permissible or Haram. The trend is more pronounced in Asia Pacific, home to nearly 60% of world’s Muslim population. The global cosmetics industry has heard the message loud and clear, and soon you might witness a plethora of products with ‘Halal-certified’ printed across the label.

The global Halal market is estimated to be over US$ 2 trillion; on the other hand, Halal cosmetics market was estimated to be worth US$ 1,411.2 Mn in 2014. Growing awareness among Muslims is fuelling the demand for Halal cosmetics, however, there is still a large segment that is ignorant about the availability of these products. If Halal cosmetics have to gain traction, the key manufacturers will need to focus on educating consumers about the nature of the cosmetics available in the marketplace.

Halal cosmetics are slowly and steadily entering the mainstream, however, key stakeholders in this industry have realised that for Halal cosmetics market to grow exponentially, it will need to appeal to non-Muslim consumers as well. This is where the concept of organic, clean, and pure, an inherent aspects of Halal, can be promoted.

Consumers around the world are looking at organic and clean-label products. From low-calorie natural sweeteners to natural food colours, the average consumer has become much more aware about what is best for his interests. If Halal cosmetics manufacturers are able to market their products effectively, there is a good chance that Halal cosmetics will witnessed greater acceptance even among non-Muslims.

One of the key challenges for cosmetic companies is the lack of standard guidelines for gaining Halal certification. The rules and regulations over what constitute a Halal product vary from country to country, and this is a major hurdle for brands looking to expand their business. This trend is not limited to the cosmetics sector alone, in fact, the Halal food industry is also devoid of any definitive guidelines, and in spite of attempts by World Halal Food Council, there are still no clear cut guidelines.

Asia Pacific is the key market for Halal cosmetics, owing to the high Muslim population in the region. World’s top 3 countries with the largest Muslim population, Indonesia, Pakistan, and India, are in Asia Pacific, presenting a lucrative opportunity for cosmetic companies to target this market.

Demand for Halal cosmetics is also gaining momentum in the west. Although Muslims are in minority in the west, the awareness levels are higher than that of their counterparts in Asia Pacific. According to estimates, there are nearly 5 million to 8 million Muslims in North America. Europe, excluding Turkey, is estimated to be home to nearly 44 million Muslims. These regions represent strategic opportunities for cosmetics companies, as the per capita income and product receptiveness is high. Key stakeholders in the global Halal cosmetics can look at expanding their product base in these countries in order to the growing demand for personal care products.

As discussed previously in this article, Asia Pacific is the most lucrative market for Halal cosmetics companies, owing to the high Muslim population in the region. The demand for Halal cosmetics is particularly strong in Southeast Asia, with the market value estimated to be worth US$ 945.8 Mn in 2015.

South Asia, which is another region with high Muslim population, is also anticipated to witness strong demand for Halal cosmetics in the near future. It is estimated that the Halal cosmetics market in South Asia will reach US$ 599.6 Mn in 2020