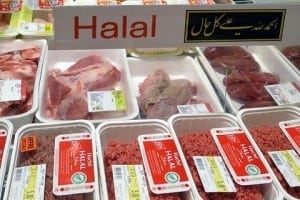 For some, it’s a barbaric and inhumane practice. To others, it’s a much-needed source of revenue that could prop up Poland’s struggling economy.

Six months after the ritual slaughter of animals was banned by the country’s highest court, a fierce debate rages on both in and out of Parliament as critics of the ban, including Prime Minister Donald Tusk, push for it to be repealed.

With its largely Roman Catholic population and tiny Muslim and Jewish minorities, Poland may seem an unlikely large-scale producer of halal and kosher meat, but until January business was booming for Polish producers who had found a profitable niche market in exporting the meat to Turkey and Israel, as well as Arab countries.

Exporters of the meat were on the verge of sealing major deals with Saudi Arabia in January when the Constitutional Tribunal ruled that ritual slaughter, in which the animal’s throat is slit while it is still conscious, contravened Polish legislation and was unconstitutional.

It marked a victory for Poland’s growing animal rights movement, following a lengthy campaign by protesters to bring the case before the court. For the industry, though, it meant lucrative export deals were abandoned as production ground to a halt.

Animal rights campaigners gathered once again in Warsaw June 12 to protest outside Parliament, as debates began over a draft law that would see religious slaughter reinstated. According to the Polish group Animal Defenders, more than 1,000 people attended the protest, including politicians from all parliamentary groups who have pledged to vote against the reinstatement of ritual slaughter.

The bill was drafted by Tusk’s pro-market government amid lobbying from the industry and widespread fears of the country slipping further into economic decline. The draft bill includes some new measures designed to protect animals, and it is largely expected to be passed – though not without being subject to intense debate.

Explaining the reasons for the government’s draft amendment, Tusk said, “Let us remember that we are talking not only about the protection of animals from unnecessary suffering but also the protection of dozens of companies and thousands of employees.”

An appeal from 100 veterinary physicians was read out to the assembly in Parliament June 12. The authors wrote that slaughter without stunning is known to cause much more pain to animals, stating at the end, “We protest against the adoption of such a heinous change by the Polish Parliament.”

Though no official figures are yet available on the financial losses due to the ban, the industry is worth around 500 million euros annually to the Polish economy and has been closed down for more than half a year.

“Poland can’t afford this,” he said. “Most meat production facilities are in small places without anywhere else for people to work, and this is dooming the economic prospects of people.”

While the actual slaughter of animals is carried out by specially trained religious officials, the industry also creates work for thousands of others engaged in processing. Now, however, as many as 6,000 workers are expected to lose their jobs; though, according to reports in Polish media, no jobs have yet been cut.

“I think there will be a resolution,” Choinski said. “No government can allow 6,000 people to be laid off during an economic crisis.”

As Polish cuisine is based mainly on pork – forbidden by the Muslim and Jewish faiths – the niche export market is seen by some as a clever use of Poland’s vast expanses of agricultural land suitable for cattle grazing.

“We in Poland eat very little beef – only about 2 kilos per person per year, amounting to only a few percent of what we produce,” said Wieslaw Rozanski, president of the Union of Producers and Workers of Meat Industry. “More than 90 percent is exported, 30 percent of which is kosher and halal.”

Meanwhile, there are fears other EU countries are stepping in to pick up Poland’s lost business. According to reports in Polish media, meat exports are being picked up by the Czech Republic as well as Latvia, Hungary and France. Sweden is the only other EU country to have banned ritual slaughter.

“The data coming from other countries is very worrying for us,” Rozanski said. “In only the first quarter of this year, France increased its export of such meat to Turkey by 20 percent.”

“But it’s not just about Turkey. The same thing is happening in the Arab markets, where over the years we have spent millions on the promotion of our beef,” he continued. “Now our partners in the European Union, who were waiting for us to stumble, are taking our place in these markets.”

Clare Speak can be reached at news@praguepost.com