Halal tourism has evolved to become one of the fastest growing travel segments worldwide, with young Muslim millennials driving the growth in the segment, experts at the Arabian Travel Market 2019 said. 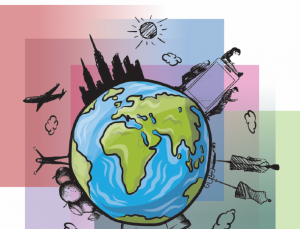 “Muslim travellers from different countries are looking for travel experiences that cater to their specific needs and wants, and this is driving the sector’s phenomenal growth. Muslim travellers’ spending on travel will grow to $274 billion by 2023, up from $177 billion in 2017, according to the State of the Islamic Economy Report 2018/2019. This positively impacts our strategy which is well-aligned to cater to this market. Our first S Hotel in the Middle East, The S Hotel Al Barsha is positioned to cater to the demands of Muslim and non-Muslim travelers from GCC and global markets,” he said.

Rafi-uddin Shikoh, CEO of DinarStandard, noted that there has been a lot of investment in technology, when it comes to marketing halal offerings. Halal might mean different things to different demographics, he cautioned; some travellers associate it with religious travel, while others define it as family friendly offerings, and others might think of it as halal-friendly offerings.

Chris Nader, VP of Development at Shaza Hotels, explained that vendors have to be very careful about their approach when it comes to marketing. Some travellers might be more at ease with having limited access to halal facilities, while others search for holidays that specifically cater to every element of halal friendly travel. However, one thing that remain unchanged was the fact that all the travellers were looking for destinations and hotels that adhere to their values.

Experts in the travel industry have also noted that the pattern of halal travel has evolved over last 5-10 years. Today, Muslim travellers are interested in exploring more, because their travelling style has evolved greatly. Millennial Muslims like experimenting new destinations and tapping into the opportunities to discover the western world. Online presence and social media also play an important role in today’s digital world, with recent surveys revealing that 55 per cent of Muslim travellers base their destination choice on word of mouth advertising.

Mamoun Hmedan, managing director, MENA and India region at Wego Middle East, said that different markets have different needs, and that hospitality and travel vendors need to meet these needs through investing in the right technology. “Social media has played a key role in bringing experiences to light that appeal to Muslim travellers.”

According to the ‘Mastercard-Crescentrating Digital Muslim’ report, the estimated value of online travel purchases will increase from $45 billion in 2017 to $180 billion in 2026. In addition, the ‘Global Economic Impact of Muslim Tourism and Future Growth Projection: 2017-2020’ report showed that the Muslim travel sector will contribute $183 billion to global GDP by 2020.

Asia is leading the halal tourism industry, both in terms of inbound and outbound travel. The region has started to benefit from Muslim inbound travel expenditure, and research has shown that, by 2020, 1.2 million jobs will be directly supported by the Muslim travel segment. The global number will be around 2.3 million. When it comes to outbound, travellers from Malaysia, Indonesia, and China are expected to contribute a combined 17 per cent of the total global spend by 2020. In 2017, travellers from the Middle East accounted for more than 60 per cent of the global outbound spend, valued at $62.2 billion.

“The halal tourism sector is fast-growing and we see further uptake this year. More people from the Arab world are exploring the globe, and preferring destinations that respect their cultural sensitivities. Further, the focus of Saudi Vision 2030 on promoting tourism will also have a positive impact on the sector,” said Chris Newman, COO at Emaar Hospitality Group.