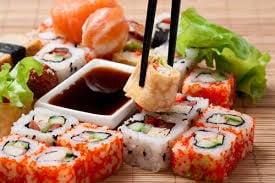 Japan is heating up its motive to welcome Muslim tourists and to double the number of visitors by 2020 is the aim of the ministry, and it has abolished visiting visa to Japan from several South East Asian countries, and now it enabled tourists from those countries to travel around Japan but the tourists include the Muslims who are facing difficulties to find ‘Safe place to eat’.

UNESCO added Japanese cuisine as Intangible Cultural Heritage was recently, as Japanese cuisine is a way to show the spirit of Japanese people and culture. Japan hopes the cuisine to be well acknowledged worldwide and experience the real taste while travelers visiting in Japan.

Japan Halal Association is an internationally recognized Halal certification body in Japan, has been providing its service from Halal certification, and training programs mainly for export-manufactured goods. And yet not has been able to Halal certify restaurants because there are some hurdles to clear for the owners as well as the certifier. The Chairperson Hind Hitomi REMON said ‘The most frequent asked question from Muslim is `Where is Halal restaurants? To train the chef and let them know what Muslim requirements are for food can be the first step to respond to those questions. The aim of the training is for the Chef to be able to select Halal ingredients including seasonings as well as learning the basic of Islam, and what is Halal, and the way of Muslim living.